"Want To Be Unapologetic About This Film": Abhishek Bachchan On Dasvi

"It's a film very, very close to my heart," the actor wrote 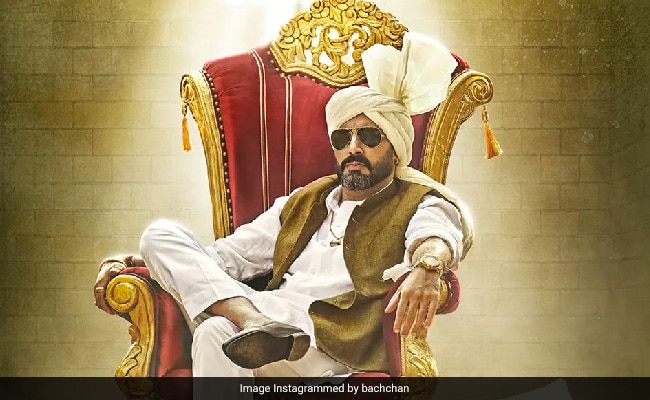 We've been impatiently waiting for Abhishek Bachchan's Dasvi. Even before the trailer launch, the actor has given us ample reason to look forward to the film. In his latest Instagram post, Abhishek wrote a heartfelt note about his experience during the making of the film. "I am so excited to share Dasvi with all of you. It is a film very, very close to my heart. I really believe in this film and what it has to say." He added, "To make a film that is entertaining and leaves you with a thought or something to think about gives me such joy. I hope it has a similar effect on you too."

Abhishek Bachchan hasn't always been actively promoting his films and the actor spoke about this trait too. He said, "I have always been very reticent to speak about my films, border-line apologetic about my work." The actor also knew how others react to this gesture. So he added, "People call it humility or lack of confidence in what I have made." But Abhishek has other plans for Dasvi. He added, "I want to change that. I want to be unapologetic about this film. We have worked tremendously hard and I believe deeply that we've made a good film. A film worth watching with your family and friends. I've always been told, "let the work speak for itself". I am sure Dasvi will. But, I too, want to manifest the positivity around this film."

Dasvi's posters have flooded our Instagram feeds. On Tuesday, Abhishek Bachchan dropped a poster based on his role in the film. He introduced Ganga Ram Chaudhary to his fans. The post has also announced the film's release on streaming platform Netflix. It will be available from April 6.

Dasvi is directed by Tushar Jalota. The film is produced by Dinesh Vijan under the banner Maddock Films and Jio Studios. The film also features Yami Gautam and Nimrat Kaur.