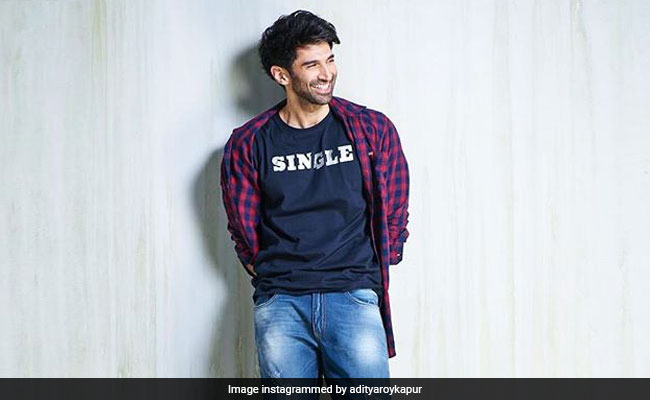 This is what Aditya Roy Kapur posted on Instagram (courtesy adityaroykapur)

Poor Aditya Roy Kapur. The 33-year-old actor just wanted to have a peaceful day on Instagram and posted a photo of himself in a tee with the word "single" printed on it. In the caption, he added: "The single life." But with friends like Arjun Kapoor and Parineeti Chopra, who needs enemies anyway? Arjun and Parineeti, perhaps equipped with inside information, agreed to disagree with Aditya. "Chal jhoota," Arjun commented on Aditya's photo while Parineeti dismissed Aditya's single status as "A LIE." What's going on, guys? Well, those who want to believe Aditya Roy Kapur is single, flooded the actor's feed with comments asking if he's "ready to mingle."

Check out Aditya Roy Kapur's post here and Arjun and Parineeti's comments below: 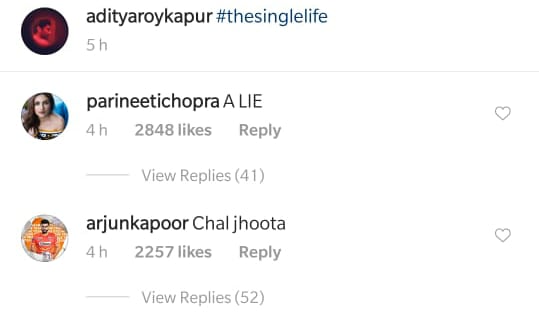 Revelations about Aditya Roy Kapur's relationship status were made on Koffee With Karan, when Karan Johar enquired if he's dating supermodel Diva Dhawan. Aditya had the most common answer usually delivered in such cases - he said they are friends: "She's a lovely girl and an old friend of mine. We met at a fashion show many years ago and we are good friends. We went out for dinner one night at this famous restaurant that everyone is going to now-a-days, Bastian. So we got papped and stories started. Completely false stories." Aditya Roy Kapoor has also been romantically linked with Shraddha Kapoor and Parineeti Chopra in the past.

Aditya Roy Kapur made a rather late debut on Instagram - he joined in January this year. On the work front, he has films such as Kalank, Malang and Sadak 2 in his line-up.