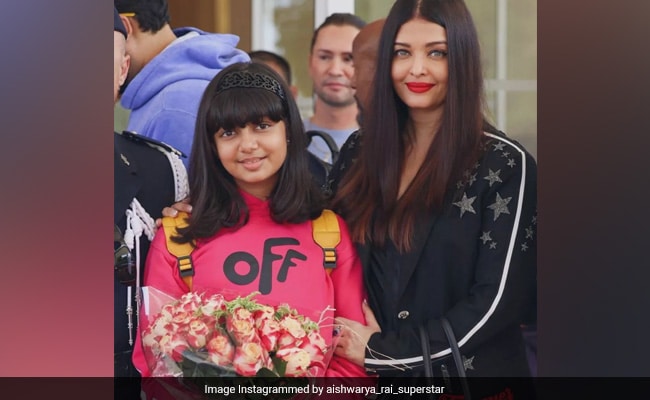 Is the Cannes Film Festival ever complete without the OG  Aishwarya Rai Bachchan checking in? The seasoned Cannes celebrity checked into the French Riviera along with her husband and actor Abhishek Bachchan and daughter Aaradhya and they received a warm welcome there, pictures from which have been curated by several fan pages dedicated to the actress on social media. In the picture, Aaradhya can be seen with a bright smile as she poses with a bouquet in her hand. For the airport look, Aishwarya Rai Bachchan picked a quirky black jacket by Falguni Shane Peacock, which she paired with matching pants. She had her hair styled in a poker straight fashion and accentuated her look with bright red lipstick. Stunning is the word.

Here's a picture of Aishwarya Rai Bachchan with daughter Aaradhya from Cannes.

The Bachchans were pictured at the Mumbai airport earlier, where they happily posed for the cameras. 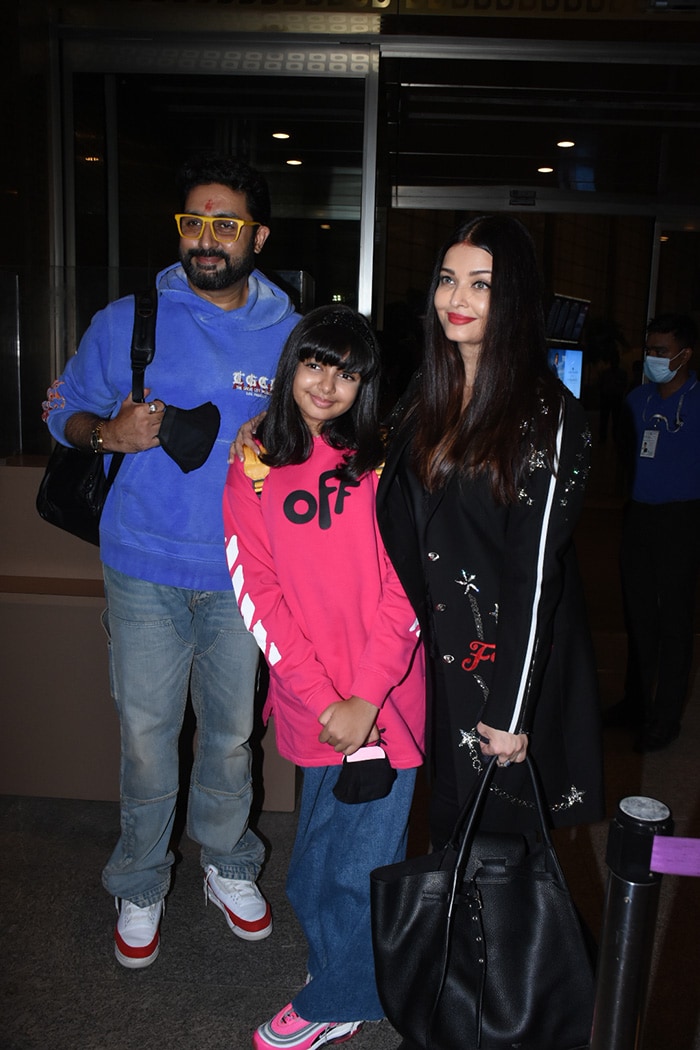 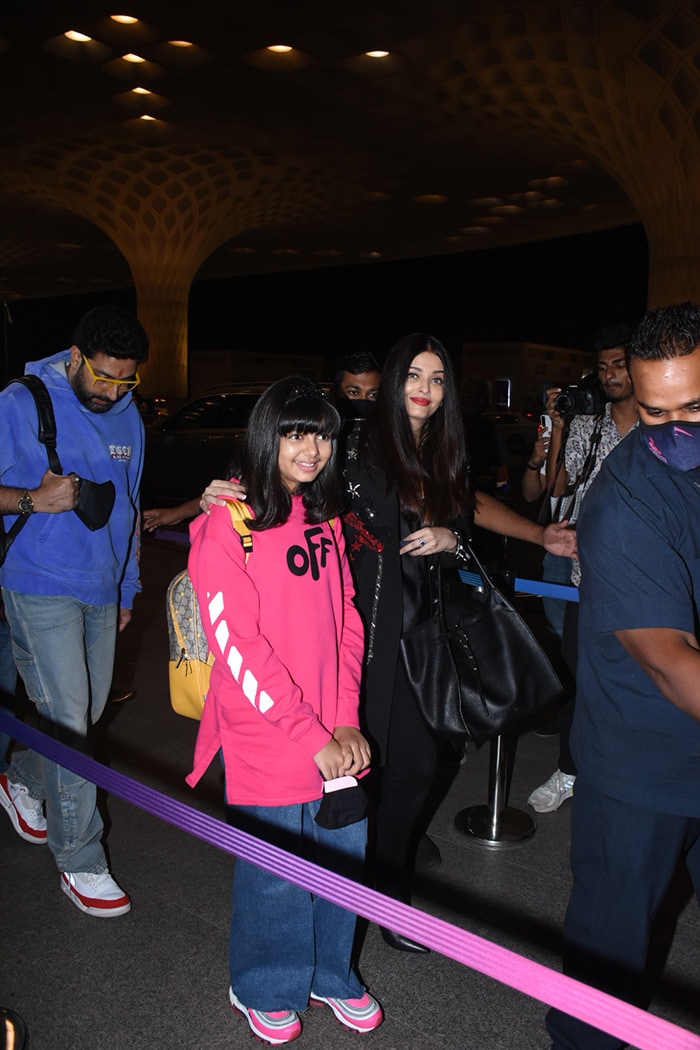 Aishwarya Rai Bachchan, a L'Oreal ambassador, has been a regular at the Cannes Film Festival. We can't wait to see her create magic on the red carpet. The actress will next be seen in Mani Ratnam's Ponniyin Selvan.

Aishwarya Rai Bachchan was last seen in the 2018 musical Fanney Khan, co-starring Anil Kapoor and Rajkummar Rao, which was a box office debacle. She had also dubbed for the Hindi version of the 2019 film Maleficent: Mistress of Evil, starring Angelina Jolie.

Abhishek and Aishwarya, co-stars of Umrao Jaan, Guru, Kuch Naa Kaho and Raavan among others, got married on April 20, 2007. The star couple will reportedly be seen sharing screen space in the Anurag Kashyap-produced Gulab Jamun. The couple welcomed their daughter Aaradhya in 2011.