After her Cannes red carpet appearance, here's what Amy Jackson is doing 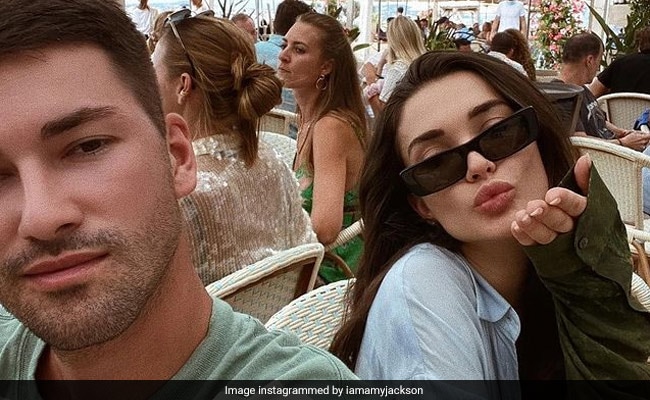 Amy Jackson, done with her red carpet appearance and attending haute parties at this year's Cannes Film Festival, is now busy exploring the French Riviera. The actress shared pictures and videos from her Cannes diaries and we couldn't be more envious. Sharing pictures from her work-cation of sorts, the actress wrote in her Instagram caption: "You're my favourite..."Amy Jackson was one of the few Indian attendees at the film festival this year. She attended the Chopard party and then the annual amfAR Gala. Amy made her first Cannes appearance in 2017.

Amy Jackson made a head-turning red carpet appearance in a burgundy gown with a train, custom designed by Dubai-based designer Atelier Zuhra. She accentuated the look with Choprad diamond jewelry. See the picture here:

Amy Jackson served equally perfect looks off the red carpet as well. A classic black outfit for example. A dual toned piece also makes for a good case of her sartorial choices at Cannes this year.

Amy Jackson was last seen in Rajinikanth's robot drama 2.0. Akshay Kumar also featured in the film. The model-actress made her debut in Bollywood with 2012 film Ekk Deewana Tha, opposite Prateik Babbar. She made her acting debut with 2010 Tamil movie Madrasapattinam and has featured in several Telugu and Kannada projects. Singh Is Bliing and Freaky Ali are some of the Bollywood movies she's starred in.