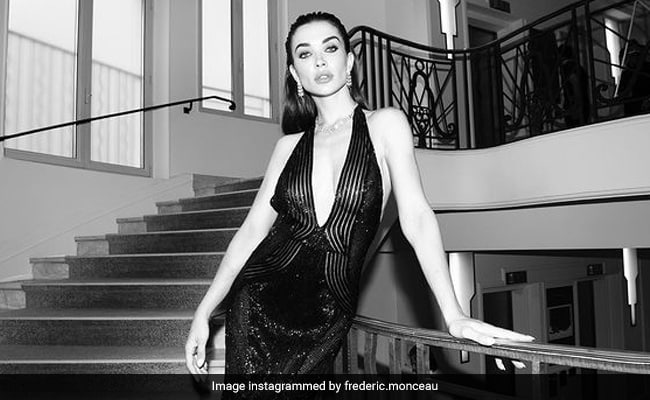 Amy Jackson checked into Cannes earlier this week and has been following up a busy routine since then. Just days after Amy Jackson sashayed down the red carpet at the 74th edition of the Cannes Film Festival, she was also spotted at the Chopard party and then at the annual amfAR Gala. On Saturday, Amy Jackson attended the amfAR Gala, looking like a femme fatale in a sleek black ensemble. Glimpses of Amy Jackson's sharp look for the annual gala have been shared by her friend and photographer Frederic Monceau. For her night out in Cannes, Amy Jackson hand-picked a unique piece from the collections of designer Ali Karoui - the floor sweeping ensemble is embroidered with baguette glass. Ahead of leaving for the gala, the 29-year-old actress had a photoshoot at Hotel Martinez, where most of the action takes place in Cannes. 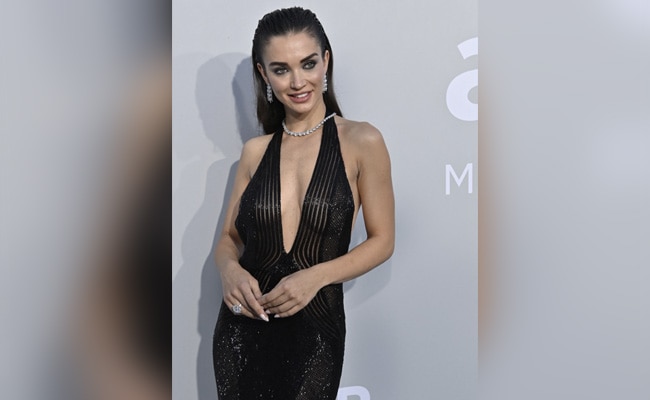 Amy Jackson's ensemble came with a plunging neckline, which was complemented by a sparkling necklace from the studios of Chopard. Amy Jackson completed her look with pulled-back hair, smoky eye make-up and some nude lip shade.

Earlier, Amy Jackson was spotted at the Chopard party, being pretty in pink in an Alberta Ferretti gown.

Amy Jackson made her debut at the Cannes Film Festival in 2016 and has been a regular since then. Amy In terms of films, Jackson was last seen in Rajinikanth's robot drama 2.0, co-starring Akshay Kumar, with whom she's shared screen space before. Amy Jackson has starred in a handful of films and is best known for her roles in Singh Is Bliing, The Villain and Freaky Ali.