Bigg Boss OTT: Shamita Shetty Gets Into A Fight With Divya Agarwal 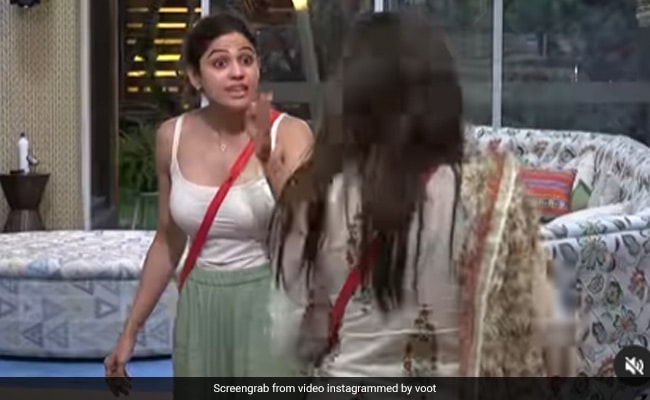 Bigg Boss OTT: Shamita Shetty in a still from the show. (courtesy: voot)

Bigg Boss OTT contestants Shamita Shetty and Divya Agarwal haven't been on good terms for a while now. In a recent episode of the reality show, their bitterness got worse after the nomination task. The clip was shared by Voot on Instagram. At first, we see Shamita and Divya deciding to eliminate co-contestant Moose Jattana from the game. However, during the task, Divya betrays Shamita. This, of course, didn't go down well with Shamita, who walks towards her connection Raqesh Bapat and says, “I did this for you to open your eyes." She adds, "I wanted to show you this colour."

Wait, it doesn't end here. Shamita Shetty then asks Raqesh Bapat to show his "loyalty" by not talking to Divya Agarwal. Divya lashes out at Shamita by calling her "insecure."

Bigg Boss OTT, hosted by Karan Johar, is being aired on Voot.