The actress made the revelation on the latest episode of the reality show. 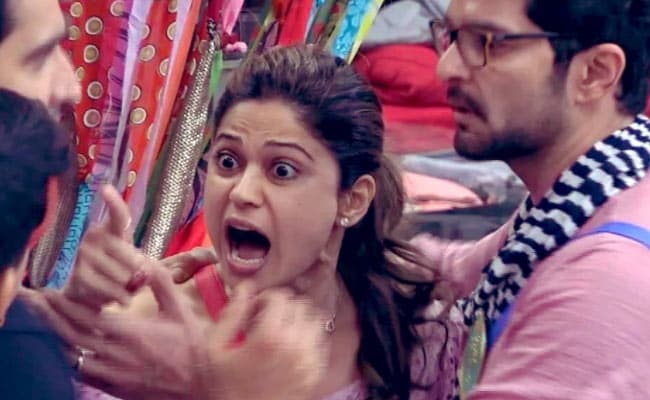 Actress Shamita Shetty, who is one of the contestants of the reality show Bigg Boss OTT, made a revelation about co-contestant Nishant Bhat. The Mohabbatein star has alleged that the choreographer had “crossed the line' with her once. In the latest episode of the show, Shamita is seen discussing the incident with fellow contestant, model Divya Agarwal. During the course of the conversation, Shamita also tells Divya that she had conveyed to Nishant that what he did was “wrong” but did not reveal any details. This incident has caused her to maintain a distance from him, she added.

Speaking to Divya, Shamita Shetty said, "I don't want to mention what incident it was, but he once crossed the line with me and I did not like it. I told him sternly what he did was wrong. He did not speak to me after that. I thought I should keep a distance from him because I don't want to be reminded of that. On stage, when I saw him, I just reacted that I knew him.”

Bigg Boss OTT comes at a time when Shamita Shetty's sister, actress Shilpa Shetty is faced with legal troubles in light of her husband's arrest. Raj Kundra has been arrested for the alleged production and streaming of pornographic content through apps. Speaking in regard to doing the show during such a turbulent phase in the life of her loved ones, Shamita said that she was honouring her commitment.

Shamita Shetty further added that she had contemplated giving Bigg Boss OTT a miss. “Par commitment kar di thi maine aur ek baar jo maine commitment karti hoon toh main khud ki bhi nahi sunti  (But had already committed to the show and once I make a commitment, nothing can stop me from honouring it),” she continued on a lighter note, quoting the famous dialogue from Salman Khan's film Wanted.

For the uninitiated, Salman Khan has been the show's host for over 11 years. However, Bigg Boss OTT, which is a spinoff of the original Bigg Boss franchise, is being hosted by Bollywood director Karan Johar.