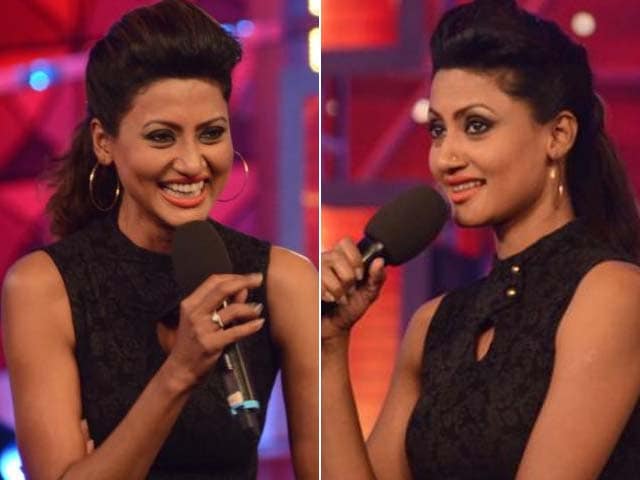 TV actress Nigaar Khan has been evicted from the celebrity reality show Bigg Boss 8. Soon after her elimination, the model-turned-actress revealed that she was shocked with contestants Gautam Gulati and Puneet Issar's hatred for her and given a choice, would give them the nomination bomb.

"He's a completely negative force. He brings out the worst in everyone. When I was leaving the show, I was shown footage where he was bad-mouthing me. Since Salman (show's host Salman Khan) and Puneet are friends, Salman must have shocked Puneet Issar by standing up for me and reprimanding Puneet," she said.

"You should be man enough to say what you have to in front of me. In fact, one of the things that went against me was my honestly. I was determined to stay true to myself. So what if I had to pay a price for it? Puneet keeps saying 'God Bless' to everyone when he actually means, 'Go to hell'."

The 35-year-old actress had a short stint of less than two weeks on the show, hosted by Bollywood superstar Salman Khan. She entered the Bigg Boss house two weeks back as a wild card and got nominated for eviction in the first week itself of her stay.

Nigaar, however, was happy with her elimination as she could not tolerate the negativity in the house.

"I feel blessed to be out of the house. I am really happy that I am out of the place where everyone is full of negativity. I could not have asked for anything better," the actress told PTI after her eviction.

Besides her, other contestants who were nominated this week were Karishma Tanna, Dimpy Mahajan and Sonali Raut.

The actress, mainly known for her portrayal of negative characters on TV soaps, said being a wild card was a disadvantage and had she been on the show from the beginning she would have gone a long way.

"If I was on the show from the beginning, this eviction would not have happened. Timing of my entry was wrong. People already equations with others. I took time to mingle with them. The audience connect would have been far better had I been a regular contestant," she said.

Nigaar added she is proud of the way she conducted herself on the show and is glad that she stayed strong in the house.

"I showed tolerance and patience and humanity. I am proud of myself. I stood up for right and wrong and also for women. I was a strong personality in the house and someone who voices her opinion. I come out as a good human being," she said.

Promoted
Listen to the latest songs, only on JioSaavn.com
Bigg Boss 8 airs on Colors everyday.