Bigg Boss 14: Kavita Kaushik stayed for a week in the house 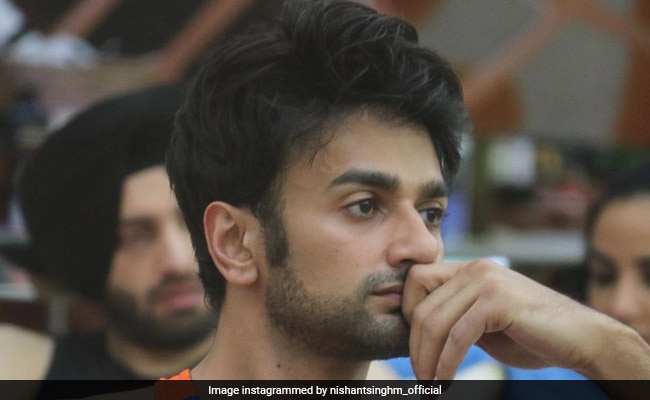 Bigg Boss 14: Nishant Singh Malkhani in a still from the show. (courtesy nishantsinghm_official)

Monday's episode of the TV reality show Bigg Boss 14 was full of surprises. Monday's episode usually has nominations taking place. However, this time an eviction took place on the show on Monday. Jasmin Bhasin, Kavita Kaushik, Rubina Dilaik and Nishant Singh Malkhani were nominated for this weeks' eviction. Bigg Boss announced that the inmates who are safe will be given a chance to vote a contestant out. Eight out of seven people voted for Nishant to be evicted from the house. He was aksed to exit the house right away. Jaan Kumar Sanu, who initially was a friend of Nishant got emotional after he left the house.

That's not it, Bigg Boss announced that another contestant would be voted out on the basis of the votes of audiences. The contestant who received the least number of votes from the audiences was Kavita Kaushik stayed for merely a week in the house. She was a wild card entrant.

In another segment of the show, Eijaz Khan and wild card entrant Naina Singh got into a big fight. Naina used Jaan Kumar Sanu's green tea, which she wasn't allowed to consume. As a rule of the luxury budget task, the winner is not allowed to share his luxury items with other members. As a form of punishment, this week's captain of the house Eijaz Khan confiscated Naina's pack of cigarettes. Naina shouted at Eijaz for the harsh punishment and added that she wasn't aware of the rule to begin with and that Jaan never told her about the rules pertaining to the luxury budget items.

An angry Naina refused to cook after the fight. However, after intervention from Nikki Tamboli, Rahul Vaidya and Abhinav Shukla, she decided to process with her duties but decided to not cook for two members of the house - Eijaz Khan and Jaan Kumar Sanu.