Bigg Boss Season 14 October 29 Update: Eijaz Khan has been announced as the new captain of the house 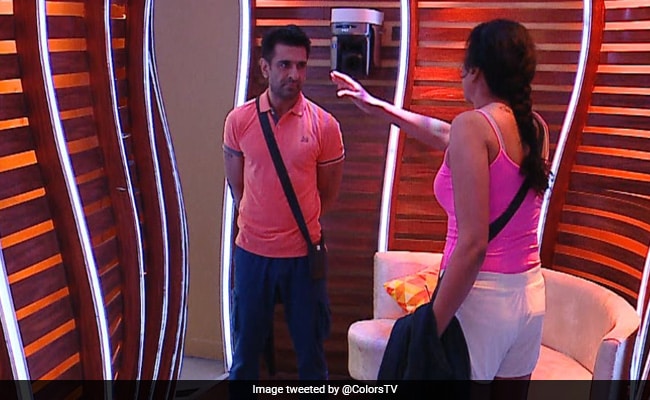 Everything is not well in the Bigg Boss house. Captaincy task has changed the friendship bonds among the housemates. Those, who were becoming friends in the house, have now turned against each other after their fights during the task. Tonight's episode of Bigg Boss 14 started with the captaincy task. Sanchalak (moderator) Naina Singh disqualified Nikki Tamboli after she entered the red zone in the middle of the task. Several fights erupted between Nishant Singh Malkani-Eijaz Khan, Pavitra Puni-Rahul Vaidya and others during the task. At the end of it, Eijaz Khan was announced as the new captain of the house.

Around dinner time, things started turning sour between new captain Eijaz and former captain Kavita Kaushik. It all started when Kavita interrupted Eijaz Khan while he was waiting for Pavitra Pania's reply to his question. When he didn't respond to Kavita, she started making fun of him. Their argument turned into a fight after he started nagging her to follow the rules inside the house. She accused him of ruining her relations with other housemates, saying that his equations with others aren't well and that's why no one wants to talk to her as they think she is his friend.

In another part of the house, Shardul and Abhinav called Kavita and Eijaz's fight a 'staged act.' After her fight, Kavita moved to Rubina and Jasmin's group, reacting which Pavitra Punia called her out for "double standards."

The 27th day started on a groovy note. The contestants woke up to the track Zingaat. Kavita Kaushik confessed she feels bad about her fight with Eijaz and said she is worried about her reputation on national television. Staying true to their tagline - Ab Scene Paltega - Bigg Boss announced a new task around mid-day, giving opportunities to nominated contestants in the red zone to secure their places in the house. Nikki, Pavitra, Jaan and Rahul were asked to nominate one person from the green zone and justify their reason for selecting that particular housemate. Eijaz Khan was asked to take the final decision about the transfer of the contestants from the red zone to the green zone.