Bigg Boss 14 Written Update: Rahul Vaidya was schooled by all the contestants 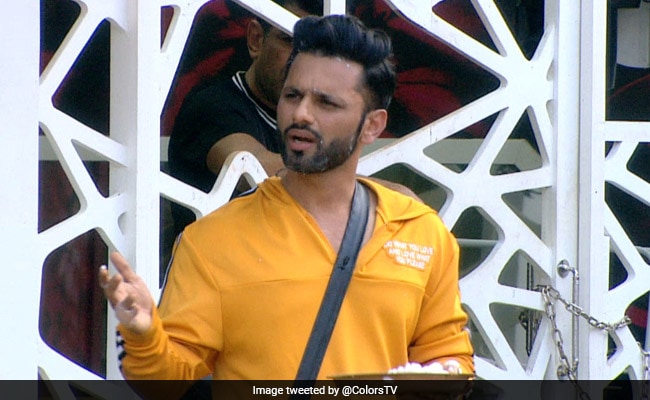 Bigg Boss 14: Rahul Vaidya in a still from the show. (courtesy Colorstv)

Monday's episode of the game show Bigg Boss 14 was intense in every way. To begin with, the nomination process brought out the worst in all the contestants. In an unexpected turn of events, Jaan Kumar Sanu nominated his friend Nikki Tamboli. Meanwhile, singer Rahul Vaidya nominated Jaan and said, "I would like to nominate Jaan Kumar Sanu because I hate nepotism. Whoever has come on the show, they've come on the basis of their hard work. Jaan is on the show because he's someone's son." Rahul's remark did not go well with the inmates. Rubina Dilaik was the first one to school Rahul over the use of the "N" word. She added that it was "very disrespectful to art and the artiste." Nishant Singh added that Rahul's comment was "baseless." Pavitra Punia too said that Rahul's reason was "not good."

Jaan, son of veteran singer Kumar Sanu, replied, "I'm fortunate that my Mr Kumar Sanu is my father. Not everybody is that lucky. Unfortunate for you." He explained that his parents got separated when he was very young and that he was raised by his mother. Jaan also stated that Rahul might have said what he said because he was angry about losing the singing task that took place earlier in the house, where Rahul lost to Jaan. Rubina, Jasmine Bhasin, Abhinav Shukla, Pavitra and Nishant stood by Jaan.

Wild card contestant and this week's captain Kavita Kaushik was safe from nominations. The inmates who have been nominated for evictions this week, include Rahul Vaidya, Nikki Tamboli, Jaan Kumar Sanu, Pavitra Punia and Eijaz Khan. Kavitra was given a power to save one of the contestants during the episode. She saved Eijaz.

In another segment of the show, Kavita Kaushik schooled fellow wild card contestant Shardul Pandit about the rules of the game. When Shardun said that he asked Pavitra about the rules, she did not inform him. An angry Kavita replied that "Pavitra is not Bigg Boss." She later went to Pavitra and told her not to make up news rules of the house. Kavita tells her that this is why she is in the red zone adding, "Aise logon ko main apne ghar ke bahar khada rakhti hu (I make such people stand outside my house)."