In a promo shared by Colors, Rahul Vaidya can be seen nominating Jaan Kumar Sanu, citing nepotism as the reason 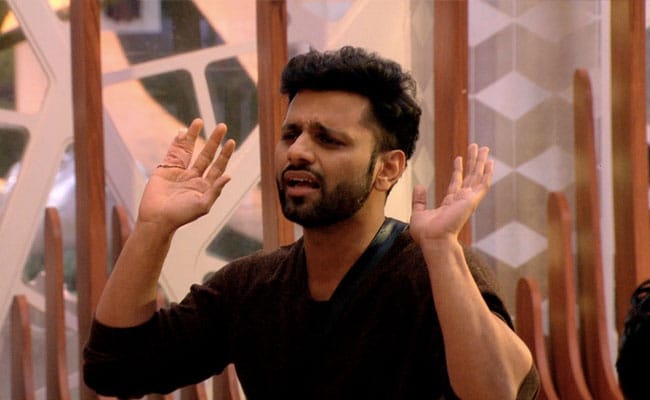 Rahul Vaidya in a still from Bigg Boss 14

The word "nepotism" has been trending on Twitter all of Monday morning, courtesy Bigg Boss 14 contestant Rahul Vaidya. Colors, the channel which airs the reality show, recently shared glimpses of tonight's episode in a promo, in which singer Rahul Vaidya can be seen nominating Jaan Kumar Sanu, citing nepotism as the reason. Rahul Vaidya says while others are part of Bigg Boss 14 because of "hard work", Jaan found entry on the show because of his father's reputation. Jaan, also a singer, is the son of Kumar Sanu. "I would like to nominate Jaan Kumar Sanu. I hate nepotism. Whoever has come on the show, they've come on the basis of their hard work. Jaan is on the show because he's someone's son," Rahul says in the promo.

The promo shows Rahul's statement leads to an altercation between him and Jaan. "I'm fortunate that my Mr Kumar Sanu is my father. Not everybody is that lucky. Unfortunate for you," says Jaan, to which Rahul replies: "I don't need my father to be somebody."

While Nishant Singh Malkani and Rubina Dilaik were the first ones to rebuke Rahul Vaidya for his decision, support for the Indian Idol participant poured in on Twitter, who applauded him for daring to speak of "nepotism" on a show like Bigg Boss 14.

On Twitter, one user wrote: "Rahul Vaidya, well done, finally someone had the guts to say this" while another added: "Whatever you have said was so perfect!" Another tweet said: "Rahul Vaidya has raised the voice of the people of India on such a big platform!" Several Bigg Boss 14 viewers also tweeted that if Rahul Vaidya is eliminated for speaking out, they will boycott the show. Punjabi singer Sara Gurpal, who was evicted in the first round elimination round, wrote "Hard work pays off" in a tweet.

#RahulVaidya well done, finally someone have guts to say this #Nepotism@rahulvaidya23pic.twitter.com/6TEXkgKteO

well done #RahulVaidya for showing the mirror to the products of #Nepotismpic.twitter.com/Vd0Dw8dB2d

#RahulVaidya has raised the voice of the people of India on such a big platform, it is truly a praise for the ability of @rahulvaidya23
Now if #RahulVaidya is removed from #BiggBoss14 house, then understand that people have no ability to hear the truth of#Nepotism
#Nepotismpic.twitter.com/sau9CzCOwz

#RahulVaidya#Nepotism#BiggBoss14
If they eliminate Rahul just for he say about nepotism then I will never see again big boss.

He have right to convey his thoughts.
What is wrong in this.

Everyone corner Rahul in bigboss house.