Bigg Boss 14 Premiere: Salman Khan Is Back With A Bang. Here's The Complete List Of Contestants

Bigg Boss 14 Premiere: The first contestant to enter the house was actor Eijaz Khan. He made a blockbuster entry by dancing to Tera Baap Aya 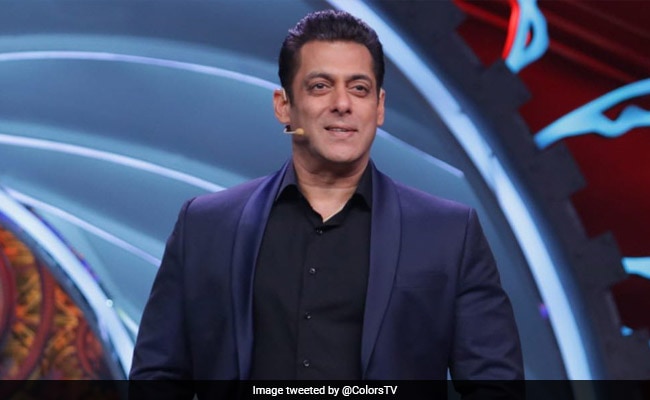 The Bigg Boss grand premiere was everything we hoped for - full-on entertainment, dance sequences, humour and what not - and we are not at all surprised, because with a host like Salman Khan, everything is possible. The fourteenth season of the popular reality show returned to the small screen this year with a bang on Saturday night. Salman Khan, like always, made a grand entrance on the show by grooving to the beat Swag Se Swagat. For those who don't know, the actor, during a virtual press conference earlier, announced one of the contestants of this season - singer Jaan Kumar Sanu. Salman Khan started the premiere by talking about the ongoing coronavirus pandemic and on a lighter note, he cracked a joke about how celebs tried their hands at household chores during this unprecedented time.

Due to the ongoing coronavirus pandemic, necessary precautions are being taken on the Bigg Boss set every day. The contestant, before entering the house, completed their quarantine period.

For the first time in the Bigg Boss history, the grand premiere took place with no live audience. Before introducing the contestant, Bigg Boss previous seasons' winners Siddharth Shukla and Gauahar Khan, as well as, season 11 first runner-up Hina Khan gave memorable performances inside the house. They also revisited their memory in the house - their tasks and their love-hate relationships with other contestants.

This season, "OG" Gauahar Khan is the "queen of kitchen," Siddharth Shukla will control who will get the luxury of bedroom services and Hina Khan will control the items the contestant will get inside the house.

The trio, who also spent time in quarantine before entering the house, shared a hearty laugh with Salman Khan on the show. The actor also showed Gauahar Khan her tweets about Siddharth Shukla before they entered the house. Salman Khan gave Siddharth, Hina and Gauahar Khan this super cool title - "toofani seniors."

if you're ready to WATCH FROM HOME! #BB14 #BiggBoss2020 #BiggBoss14 #BB14GrandPremiere @BeingSalmanKhan

Salman Khan introduced the first contestant - actor Eijaz Khan. He made a blockbuster entry by dancing to Tera Baap Aya. Salman recalled working with Eijaz in the past and the latter discussed why he is happy with social distancing norms. The second contestant to enter the show was south actress Nikki Tamboli. Salman described the actress as "beautiful and unfiltered" and she proved him right. The actor couldn't stop chatting with the actress - from her hobbies to her excitement about spending time in the Bigg Boss house. Nikki also danced with Eijaz Khan. Salman Khan made Eijaz and Nikki take the BBQ test - Bigg Boss Quotient - to see how qualified they are to be in the house. "Toofani seniors" selected both Eijaz and Nikki Tamboli as the contestants.

Muscular, popular and also, spectacular! Presenting to you @KhanEijaz on #BiggBoss2020! #BB14#BiggBoss14#BiggBoss14GrandPremier@BeingSalmanKhanpic.twitter.com/1dxSUWrXpe

TV actress Rubina Dilaik and her husband, actor Abhinav Shukla, were the next ones to enter the show. The "beautiful jodi" gave a mesmerising dance performance before Salman Khan teased them about their married life. NDTV's Rohit Khilnani was among the four media personalities who took Rubina and Abhinav's BBQ test. "Special audience" Siddharth, Hina and Gauahar selected Abhinav to enter the house and rejected Rubina, who was then asked to wait in the rejection section.

And now, we have a beautiful jodi in the house! Comment below with a to show your love for @ashukla09 & @rubinadilaik ! #BB14 #BiggBoss2020 #BiggBoss14 #BB14GrandPremiere @beingsalmankhan

Guess who entered the show next? None other than TV actress Jasmin Bhasin. She was shown a menu and asked to make a Bigg Boss menu under Rs 2,020. Her reaction left Salman Khan in splits. "Special audience" selected Jasmin's as a contestant for the house.

Other contestants like TV actor Nishant Singh Malkhani and model Shehzad Deol were introduced by Salman Khan later. Nishant confessed that he's a big fan of Salman Khan's dialogues and asked him to say some of his superhit dialogues from his blockbuster films. Salman took Nishant and Shehzad's BBQ test and called another contestant - actress-singer Sara Gurpal. She left everyone in awe by singing her song Tu Chahida on the show. Siddharth, Gauahar and Hina Khan only selected Shehzad Deol and rejected Nishant Singh and Sara Gurpal after the BBQ test.

Like we said above, singer Jaan Kumar Sanu is also one of the contestants. He is the son of renowned singer Kumar Sanu. Welcoming Jaan, Salman Khan shared that Kumar Sanu has been his voice in several of his movies. Actress Pavitra Punia made a dhamakedaar entry by dancing to the track Tip Tip Barsa Paani. "Toofani seniors" selected Pavitra and rejected Jaan Kumar Sanu, which means only the actress was allowed to enter the house.

Self-styled godwoman Radhe Maa also entered the house - but not as a contestant, just to give her blessing. Salman Khan welcomed the next contestant on the show - singer Rahul Vaidya. He set the stage on fire by singing some of the popular tracks from Salman Khan's films, including Mere Rang Mein Rangne Wali from Maine Pyaar Kiya. The song was sung by late singer S P Balasubrahmanyam, who died at the age of 74  in Chennai last month. He sang for Salman Khan in many films. The actor, remembering the National Award-winning singer, said he will always be grateful for all the songs that SPB (as the singer was fondly called) sang for him. Rahul was selected by the "special audience."

The rejected contestants will most probably joing the final contestants in the house tomorrow.