Bigg Boss 14: Salman Khan Gives Us A Tour Of The In-House Mall, Theatre, Spa And A Restaurant

Salman Khan is here with his dose of entertainment 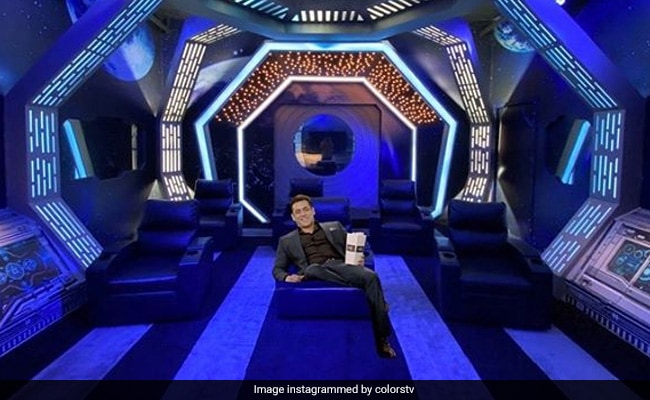 Ahead of the grand premiere of Bigg Boss 14, the show's host Salman Khan teased us with a press conference on Thursday, as a part of which, he gave us a brief tour of the house and TBH, we can't wait for the real deal. The makers of the show, shared pictures from Salman Khan's visit to the Bigg Boss 14 house on the official Instagram page of Colors TV and let's just say that it is the definition of cool. BTW, did we tell you that this time, the Bigg Boss house will have a few new features and by that we mean, an in-house mall, a theatre, a spa and a restaurant. How cool is that? On Colors TV's Instagram handle, there are pictures of Salman Khan at different locations from the house and the caption on it read, "Did we just see a spa, mall, theatre and a restaurant in the new Bigg Boss 14 house?"

Remember how Salman Khan said that this season of Bigg Boss will focus on entertainment? Seems like the makers stood by their words. The new season will premiere on Colors TV starting from October 3.

Check out the promos here:

Bigg Boss 14 will be Salman Khan's eleventh season as the show's host. Other than Salman Khan, stars like Amitabh Bachchan, Shilpa Shetty and Arshad Warsi have hosted the show. Last year, the makers of the popular reality show shifted the sets of Bigg Boss from Lonavla to Goregaon Film City. TV actor Siddharth Shukla was the winner of the last season, while Asim Riaz was the runner-up.