Bigg Boss 14 Promo: Done With Farming, Salman Khan Is Set To "Change The Scene Of 2020" 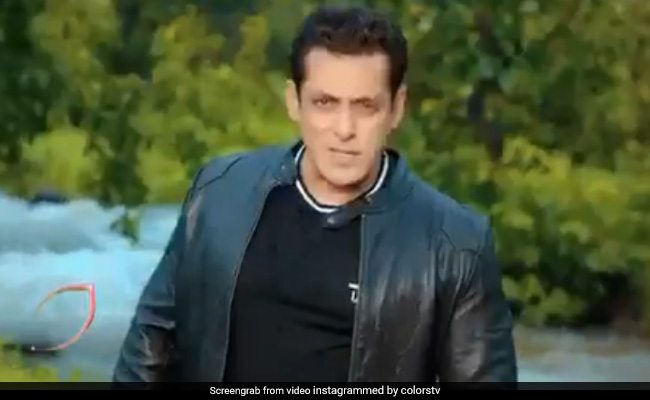 Bigg Boss 14 : Salman Khan in a still from the promo. (courtesy: Colorstv)

The first promo of the TV reality show Bigg Boss 14 released on Saturday and it has been trending big time on social media. It appears that the promo has been shot at the show's host Salman Khan's Panvel farmhouse. In the promo, shared by Colors TV's official Instagram handle, Salman Khan can be seen farming. He says in the video: "Lockdown laya sabki life mein speed breaker isliye uga raha hun chawal, aur chala raha hun tractor. Par ab season paltega kyuki aa raha hai Bigg Boss 2020 sirf Colors par. (Lockdown brought a bump to everyone's life, which is why I am growing rice but now the time has come for the season to change because Bigg Boss 2020 is here.)"

Salman Khan frequently posted pictures and videos of himself farming, on his social media accounts, some of which even received major flak from the Internet. Check out the posts here:

Last month, a Mumbai Mirror report stated that Bigg Boss 14 will premiere in September with television actors like Nia Sharma, Vivian Dsena and Sugandha Mishra as probable contestants. Some celebrities who were named in the probable lists of contestants, denied their collaboration with the show, among which were filmmaker Onir, and model and Sushamita Sen's brother Rajeev Sen.

Bigg Boss 14 will be Salman Khan's eleventh season as the show's host. Other than Salman Khan, stars like Amitabh Bachchan, Shilpa Shetty and Arshad Warsi have hosted the show. Last year, the makers of the popular reality show shifted the sets of Bigg Boss from Lonavla to Goregaon Film City. TV actor Siddharth Shukla was the winner of the last season.