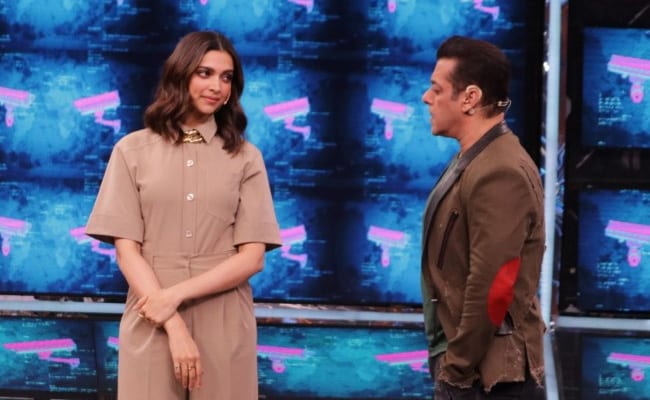 Bigg Boss 13: Deepika Padukone with Salman Khan on the show.

Deepika Padukone recently visited the sets of television reality show Bigg Boss 13 to promote her film Chhapaak. The actress was accompanied by her co-star Vikrant Massey and acid attack survivor Laxmi Agarwal, on whose life Chhapaak is based. During the show, Deepika interacted with the housemates and played some fun tasks with them (but more on that later). Deepika entered the house and greeted the show's host Salman Khan with her million-dollar smile and a namaste. Salman, who was quite intrigued by the actress' greeting style, asked her, "Amit ji kab ban gai?" (hinting at Amitabh Bachchan). Deepika clarified that her style of greeting isn't inspired by Amitabh Bachchan and that she has actually learnt it from Sara Ali Khan (who is frequently seen greeting the paparazzi by joining her hands). "Sara Ali Khan se seekh rahi hu, wo aise bahut karti hai. Love you Sara," said Deepika.

During her Bigg Boss visit, Deepika Padukone announced a new task, as a part of which, the housemates had to act like their fellow contestants. Both the teams had to recreate some of the most popular incidents that took place in the Bigg Boss house. Deepika was super impressed with team b's performance, which comprised Vishal, Madhurima, Shehnaz, Aarti and Shefali. 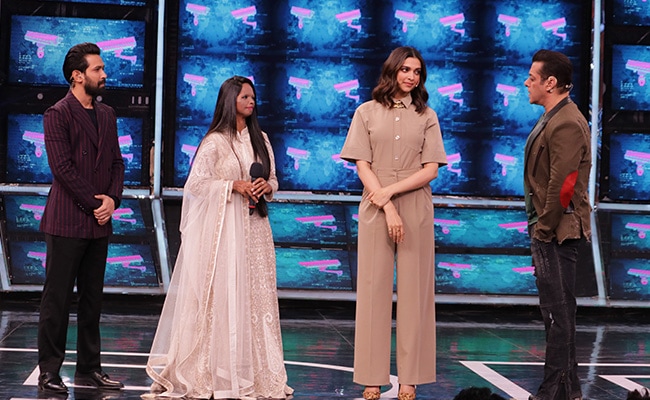 Team Chhapaak on the sets of Bigg Boss 13. 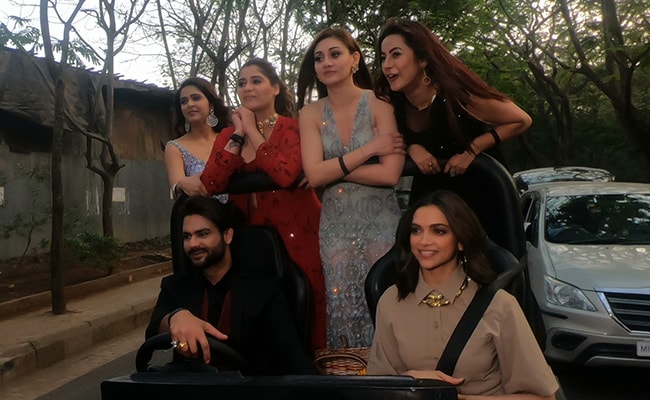 For the first time in the history of Bigg Boss, a few contestants were allowed to step out of the house for a fun ride and they were accompanied by Deepika. The "Padmaavat" actress took the contestants of the winning team on a joyride.

Deepika Padukone's Chhapaak opened to great reviews from film critics on Friday. The film had collected over Rs 11 crore within two days of its release. The Meghna Gulzar-directed film marks Deepika Padukone's debut as a producer.