Bigg Boss Season 13 January 8 Update: Asim asked Paras to discard his photo but the latter refused during the task 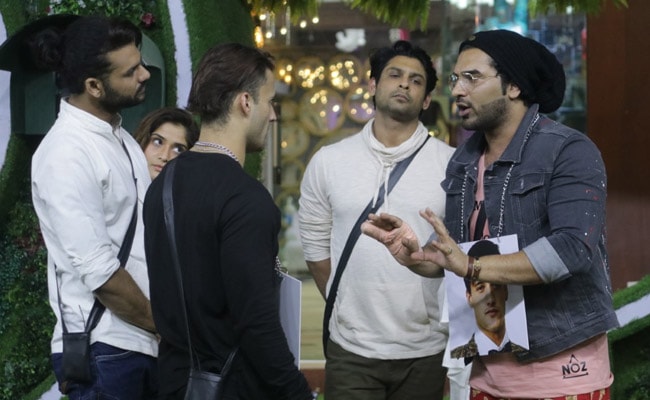 Once again in the Bigg Boss house, the captaincy task brought the worst of all the contestants. After the popular jodis of the house, Shehnaaz-Sidharth and Madhurima-Vishal, ruined their last two days by fighting and arguing with each other, we saw something new on Wednesday's episode. Sidharth started flirting with Madhurima and even Vishal acknowledged this. He confessed that the housemates are only arguing with the ones they are close to. Later in the night, Madhurima and Vishal were seen rekindling their romance after the Bigg Boss house suffered a massive showdown. Sidharth continued teasing Madhurima and went on to distract her and Vishal while they were spending quality time.

Since no one has been announced as the captain of the house from the last one week, things haven't been in orders in the house. Till Bigg Boss announced the next captaincy task, we saw glimpses of Mahira and Paras' nok-jhok, which also left Aarti in splits. According to the next captaincy task, the contestants were given a photo of another contestant, which they tied around their necks. After first four buzzers, two contestants were asked to discard the photos with them and eliminate a housemate from the captaincy's race.

The contestants didn't go for violent ways to win the task this time. However, after the fourth buzzer, the three contestants remaining to discard the pictures - Paras, Asim and Mahira - created new chaos. Paras had Asim's photo, Mahira had Paras' photo while Asim had Rashami's photo. Asim asked Paras to burn his photo but the latter refused. He said he wants Asim to become the captain. Asim, too, didn't agree to discard Rashami's photo. Last but not least, even Mahira didn't give up on Paras. When Paras, Mahira and Asim's argument interrupted the task, Bigg Boss cancelled the task and punished them. The trio were asked to do all household chores till the next captaincy task.