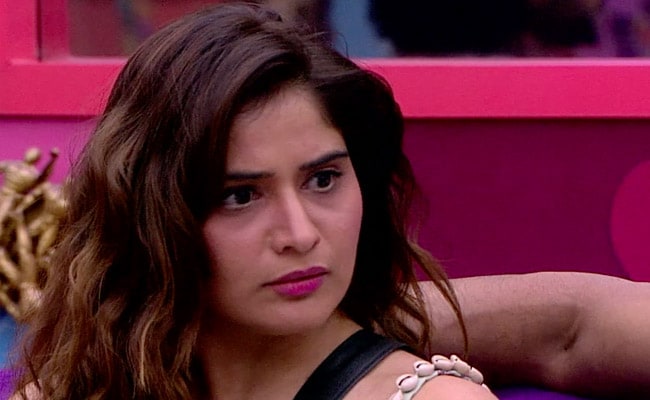 Wednesday's episode of Bigg Boss 13 began with Madhurima and Vikas resolving their fight with a hug. Vikas and Madhurima had an ugly fight earlier and Bigg Boss had to call them to the confession room and tell them that if they can't stay in the house peacefully, one of them has to leave the house. However, Madhurima and Vikas agreed to bury the hatchet and continue to stay in the house. Shenaaz Gill told Vikas that Madhurima is in love with him and hence, she was hurt. She requested Vikas to not be angry with Madhurima anymore. Vikas warned Bigg Boss that nobody is allowed to speak in a hushed voice. Meanwhile, Aarti Singh picked up a fight with Rashami Desai over her banter with Vikas.

At night, Shenaaz Gill told Sidharth Shukla that he can change his bed if he wants to, which irked him and he left the bedroom and walked out in the garden area. Shenaaz followed him outside to pacify him. Then Sidharth took his pillow from the bedroom and tried to sleep outside in the garden area when he was again followed outside by Shenaaz, who kissed him goodnight. In the morning, Shenaaz burst out in tears, telling Aarti Singh that she tried to pacify Sidharth but couldn't. Later, Shenaaz told Vikas that Sidharth didn't even approach her once to resolve their issues.

The scene shifted to the kitchen when Vishal planted a kiss on Madhurima's cheek but she continued to have a straight face. Then Sidharth and Paras Chhabra teased Mahira Khan as they though they spotted a love-bite on her neck.

Aarti and Rashami continued to bicker in the house - Rashami hinted that Aarti has become Sidharth's "puppet." Aarti tries to stop the altercation by saying she doesn't want to speak to Rashami anymore. Rashami said that Aarti will change her bed in favour of Sidharth Shukla. Aarti broke down in the washroom area, when Paras Chhabra tried to calm her down.

Meanwhile, Bigg Boss made an announcement - he gave the contestants a choice. Bigg Boss said that all the housemates are already nominated and that they have the option of sacrificing some of their favourite things from the house to save a fellow housemate. They were told they could save one contestant, except Madhurima, by giving up the green sun bed in the garden area, but they decided to retain it. Next up, Bigg Boss asked them to give up the dining table. Then Bigg Boss gave them the choice of giving up a bathroom and a toilet, something that the housemates laughed it off. Next, Bigg Boss said they can even save five contestants in exchange of their bedroom.

After an entire day of not speaking to Sidharth, Shenaaz finally approached him and asked him to sort things out. He said that he can't keep up with Shehnaaz's tantrums and that she loves to hang out with those who fight with him. Later at night, Shenaaz occupied the sofa outside in the garden area when Sidharth told him that she can do whatever she wants. Shenaaz chased Sidharth when he asked her to leave him alone.

The episode ended with a lot of PDA from Madhurima and Vikas, with Sidharth doing a live commentary about their alleged romance. Watch this space for more updates on Bigg Boss 13.