Bhediya will release in theaters on November 25 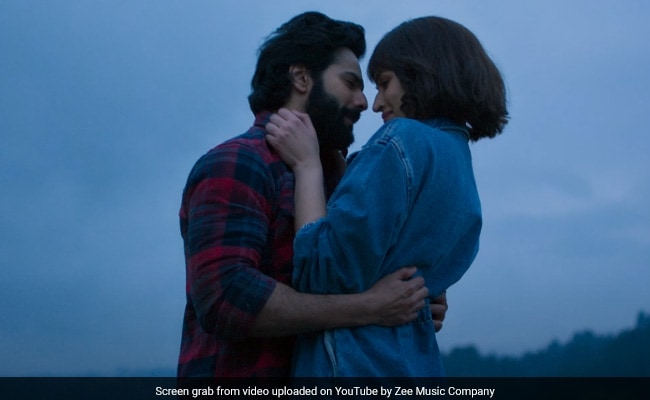 Varun and Kriti in a still from the song. (courtesy: YouTube)

The “love anthem” for this year is here. All thanks to Varun Dhawan and Kriti Sanon's new song Apna Bana Le from their upcoming film Bhediya. As soothing as it sounds to our ears, Apna Bana Le is also the chicken soup for the musical soul. Sung by Arijit Singh, as well as musical duo Sachin-Jigar, it is the second track from the horror-comedy's playlist after the hit Thumkeshwari. It shows Kriti and Varun creating magical memories amid the scenic beauty of Arunachal Pradesh. Amitabh Bhattacharya has written the lyrics of the romantic number while Sachin-Jigar have composed it. A couple of days after releasing the audio version of Apna Bana Le, Varun Dhawan and Kriti Sanon unveiled the full music video on Monday. “Apna bana le mujhe, apna bana le piya! Experience the magic of falling in love with Apna Bana Le. Full song out on YouTube!” read the caption.

We got a glimpse of Apna Bana Le last week, when Varun Dhawan and Kriti Sanon shared a teaser on social media. The makers introduced the track as “the love anthem of the year.” Sharing the teaser, the actors wrote, “It's time to watch (Bhediya) fall in love! Apna Bana Le, sung by Arijit Singh, audio out tomorrow. Bhediya.”

Apna Bana Le arrives after Bhediya's first track Thumkeshwari took the Internet by storm. Varun Dhawan and Kriti Sanon are seen setting the dance floor on fire in the music video filled with peppy beats and catchy lyrics. Oh, and not to miss, Shraddha Kapoor aka Stree from director Amar Kaushik's 2018 film also makes a cameo appearance in the song. Watch till the end to get a glimpse of her:

Bhediya has its roots in a popular folklore. The film has been shot in the state. It will release in theatres on November 25 this year.