The film's trailer will release on 14 October 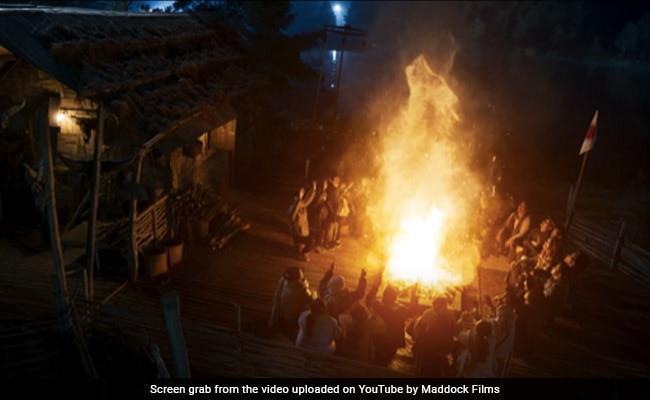 Varun Dhawan and Kriti Sanon, on Friday, shared the teaser of their upcoming film Bhediya. Sharing an identical post on Instagram, the actors' wrote, "Banenge insaan uska naashta! (Humans will become its breakfast) Bhediya trailer howling on 19th October 2022." The over fifty-second video starts with a wolf staring at a house and soon chasing a human in the hills of Arunachal Pradesh. The video, which gives its viewers a sneak peek into Varun Dhawan's dark world, doesn't reveal the face of the main characters of the film. Many flooded the actors' posts with comments. Rhea Kapoor wrote, "Good one" with a red heart emoji. Rhea Kapoor's husband Karan Boolani's comment read, "Too good" with a wolf emoji. Sophie Chaudry too reacted to Bhediya's teaser. She dropped clapping emojis in the post's comments section.

Bhediya, directed by filmmaker Amar Kaushik, is his third collaboration with Maddock film after Stree and Bala.

Touted to be a creature comedy, Bhediya stars Varun Dhawan and Kriti Sanon in the lead roles. The film also stars actors Deepak Dobriyal and Abhishek Banerjee in pivotal roles.

Bhediya is all set to hit theaters on November 25. Other than Bhediya, actor Kriti Sanon will be seen in Prabhas' Adipurush, also starring Saif Ali Khan and Sunny Singh in the lead roles.

The makers of Bhediya will release the film's trailer on October 19, celebrating ten years of Varun Dhawan in the film industry.