"It is a completely different genre that we are trying to define in Hindi cinema," said the film's writer 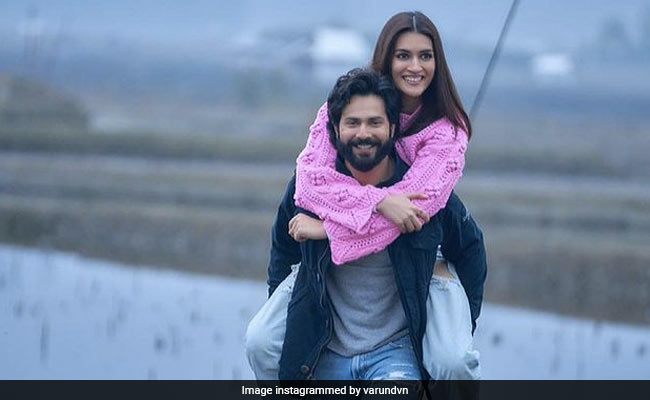 Horror comedy Bhediya, headlined by Varun Dhawan, is not just a werewolf movie, says its writer Niren Bhatt who promises to deliver a unique Hindi film of an international standard. The aim is to depict a never-seen-before world to the audience in the upcoming film, said Bhatt, known for films like Bala and Made In China. "Bhediya is a visual film. We created so many visuals, this is how the creature would look and this is how the conversion would happen. We have tried to create a film which would stand out internationally in this genre. The effort was to create something unique and path breaking. It is not a werewolf film, it is a completely different genre that we are trying to define in Hindi cinema," the screenwriter told news agency PTI in an interview.

Backed by producer Dinesh Vijan, Bhediya is said to be part of his horror-comedy universe comprising Stree and Roohi. Bhatt, also known for his work on web-series Asur and the long-running TV show Tarak Mehta Ka Ooltah Chashma, said he was toying with the idea of Bhediya

Bhediya is expected to arrive next year. Like Stree and Roohi, Bhediya too has its roots in a popular folklore. The story is inspired by fairy tales and legends from Arunachal Pradesh, where the film was shot. Working on the film came with its set of challenges for the Bhavnagar-born writer, especially while writing about the culture of the Northeastern state.

"I was writing about a culture I didn't know about," he added. Bhatt, 42, said he has attempted to address the discrimination faced by the people of the Northeast while incorporating comedy, supernatural and adventure as elements. "The biggest challenge was to incorporate the culture and the lens through which the rest of India is looking at North East, the prejudices, the alienation of those people, the casual discrimination and what do they go through, etc. The root of this discrimination is the thinking that they are not part of India, even if they are, you are not interested in them because they are so far." The location plays a crucial role in storytelling, he said, adding, Arunachal Pradesh served as the perfect setting for Bhediya, which is set in the jungles of the state. "We studied the whole place during our stay, rewrote the script and began shooting. It is the first film to be shot entirely in Arunachal Pradesh."

Apart from the main leads, the secondary cast and crew including musicians and technicians hail from Arunachal Pradesh, Bhatt added. The writer is currently basking in the success of his two shorts - Abhishek Chaubey-directed Hungama Hai Kyon Barpa and Vasan Bala's Spotlight - which he adapted for the Netflix anthology series Ray, based on master filmmaker Satyajit Ray's stories. Chaubey's segment stars Manoj Bajpayee as Musafir Ali, a ghazal singer modelled on the legendary Ghulam Ali and Gajraj Rao as Aslam, a former wrestler, whereas in Bala's portion Harshvarrdhan Kapoor essays the role of a film star with Radhika Madan playing a godwoman called Didi.

While Hungama... is based on Ray's short story Barin Bhowmick's Ailment, Spotlight borrows heavily from the director's 1996 film Nayak, Bhatt said. The screenwriter said he has always been fascinated with Ray's work and he grew up watching the master director's films and reading the Gujarati translations of his stories. "As a short story writer, Ray's stories are not intended to be great pieces of literature. They are supposed to be pulpy stories for teen adults. He was (also) an illustrator and filmmaker, who had a very keen eye. So his stories are adaptable in that sense because he created visuals with his words. There is a great human conflict at the core too," he said.