"Besabar" Deepika Padukone Is This Excited For The Release Of Gehraiyaan

Deepika Padukone has drowned herself into the film's promotions 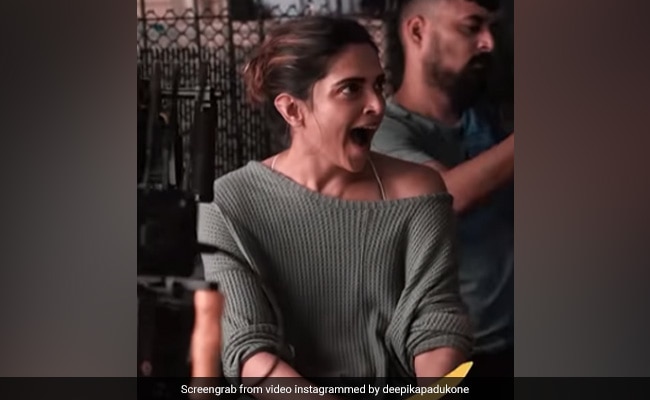 Deepika Padukone in a still from the video. (courtesy deepikapadukone)

A day after the song Doobey from Gehraiyaan released, Deepika Padukone curated an Instagram Reel on the peppy track. The video has snippets from the making of Gehraiyaan. Going by the video, seems like the entire cast had a gala time shooting for the offbeat project. Deepika Padukone captioned the post: "Besabar Besabar... Doobey. Gehraiyaan on Prime. 11th February." In Gehraaiyaan, Deepika Padukone stars as a character named Alisha, who falls for her cousin Tia (Ananya Panday)'s fiance Zain (Siddhant Chaturvedi). Their hush-hush romance leads to a whole lnew level of complications between all four of them. Dhairya Karwa features as Alisha's partner. He also starred in 83.

In case you did not check out the video of the song Doobey, Deepika Padukone shared it on her social media, She wrote: "Sometimes you gotta embrace the storm in your heart..."

Deepika Padukone described the project as "magical" in one of her Instagram posts. She wrote: "Yes...It has been a bit of a wait.But as the saying goes...Sometimes, the longer you wait for something, the more you appreciate it when it finally arrives! Hopefully, the same holds true here. I took the opportunity to be a part of something that I believe was truly magical. And with love in my heart and utmost gratitude, I cannot wait to share our labour of love with all of you."

Directed by Shakun Batra and produced by Karan Johar's Dharma Productions, Gehraiyaan is slated to release on February 11 on OTT platform Amazon Prime Video. It will clash with Badhaai Do, starring Rajkummar Rao and Bhumi Pednekar.