Baazaar Movie Review: But Rohan Mehra struggles to tide over his limitations while Radhika and Chitrangada make their presence felt. 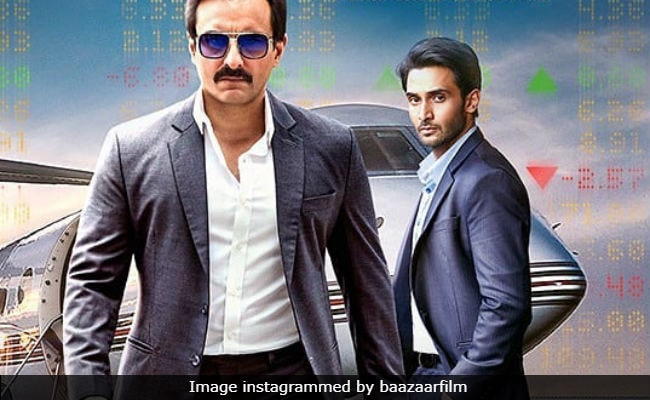 A stock market thriller, Baazaar, directed by first-timer Gauravv K. Chawla, spins mainly around on stock devices. A small-town lad heads to Mumbai with the intention of working with his role model, a corporate czar with a rags-to-riches story that begins at the age of ten with smuggling diamonds on crowded Surat to Mumbai express trains. The two worlds collide, the contrast between a 100-meter sprint and a marathon race is discussed, numbers are crunched, nefarious deals are struck, stocks are bought and dumped and fortunes are made and marred. That is a lot of effort for a film so underwhelming.

Baazaar, which is anchored by a rock-solid pivotal performance from Saif Ali Khan, gallops at a fair clip, but it still feels a tad starchy owing to its predictable storyline. In the guise of Dalal Street's Gordon Gecko, Khan propels the film's sharper moments, conveying the unabashed amorality of a stock market trader who wears a very thin cloak of civility as he operates in a manner that leaves behinds no trail of his fraudulent practices. When the mask slips - it does so frequently - his fangs cause great damage. Khan invests the character with disarming charm and suave steeliness and. In the process, he renders it that much more shifty and venomous. 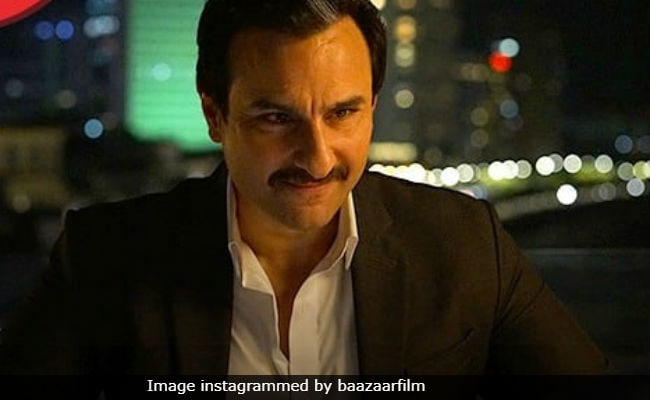 While Khan's classy act might not be the sole high point of Baazaar, the film as a whole, despite being a decent enough stab at a genre that isn't Bollywood's forte, just about passes muster. Its propensity to resort to clichés in delineating an unabashedly greedy, unscrupulous wealth creator who rides roughshod over his allies and rivals alike prevents it from offering little by way of striking novelty, especially for those who haven't yet forgotten Oliver Stone's Michael Douglas-Charlie Sheen drama Wall Street, released more than three decades ago.

Baazaar forays into a universe that is similar to that of Jordan Belfort, the real life-inspired anti-hero of Martin Scorsese's The Wolf of Wall Street (2013), but it lacks the sustained nerviness required to turn its stream of pop philosophy into a deeper, more rounded rumination on the wages of corporate greed. Corruption in high places, insider trading, rampant manipulation of the share prices, mergers, hostile takeovers and media games are the film's standard elements. At times, they deliver. At others, they induce yawns.

Shakun Kothari (Khan) is a self-absorbed tycoon who plays the market through means more foul than fair and, like Gecko, believes that money is power and greed is good. Allahabad University grad Rizwan Ahmed (debutant Rohan Mehra) hero-worships the shark and wants to follow him into the deep seas. The latter is inevitably sucked into the hustle and bustle of the stock market and loses his moral and emotional bearings.

Kothari, by his own admission, depends solely on mathematics. Rizwan lays bigger store by emotions. Sadly, while the numbers do not always add up, the emotions never rise above the strictly superficial. 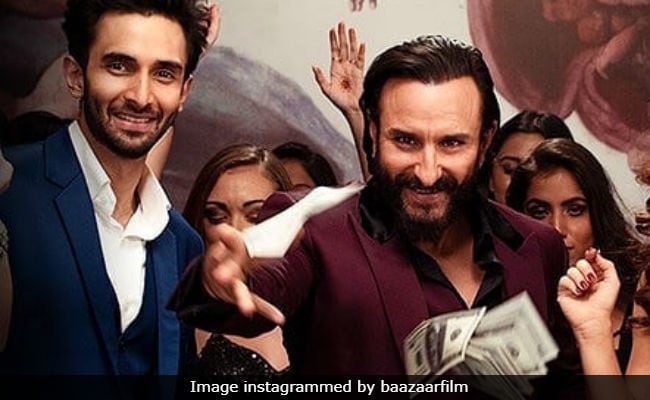 In the early scenes, Rizwan's dad earns himself a pretty wristwatch as a token of appreciation from the company he has served for 25 years. But the young man will have none of that. The lure of lucre drives him away from the terrace of his home in Allahabad to the rooftop of a high-rise that houses the office of his employers, a leading stockbroking firm. I am here not to jump off this building but to take flight, he declares to Priya Rai (Radhika Apte), a colleague who quickly becomes his guide and lover. 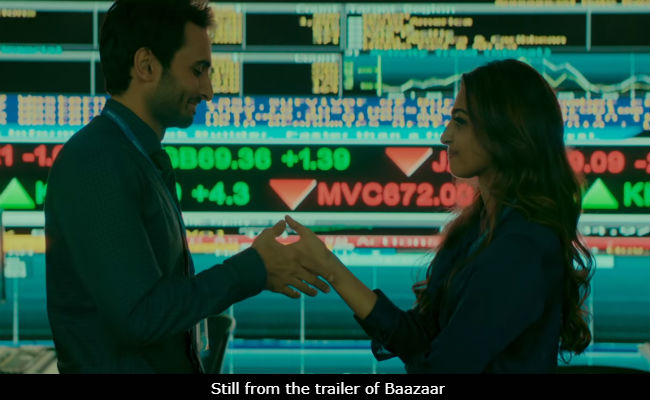 In the opening sequence, the ambitious young man, hobbled by his self-confessed "small town mentality", is at his tether's end and set to kill himself. In the nick of time, his own voice takes over and begins to throw light on the reasons that have brought him to a ledge overlooking the Mumbai skyline.

His story alternates between the simplistic and the contrived: Rizwan faces serious ridicule from other stockbrokers as he seeks to break into their world. He finds the strength to keep going even when the chips are down - there is always a song and ear-splitting background music to express the magnitude of his problems - and manages to not only come out in one piece but also appreciably emboldened. No prizes for guessing, the further he sinks into the quagmire, the more deleterious the game gets for him.

Rizwan is no less important than Shakun in the Baazaar plot, but with debutant Rohan Mehra struggling to tide over his limitations, the ingenue's coming-of-age tale does not ever generate the momentum or tension that it needs in order to keep pace with Shakun's crafty ways. This dissonance between the two strands that crisscross at crucial points disrupts the film's flow.

The difference between victory and defeat, declares Shakun, is hunger. But once Rizwan's hunger is satiated, he turns into a whiny, whimpering slob who goes scurrying to the stock market regulators - represented by Manish Chaudhry in a cameo - to spill the beans and bring his mentor to book. And therein lies one of the reasons why the young man turns suicidal.

The principal female characters - apart from the conniving Priya, there is Shakun's wife Mandira (Chitrangada Singh) - do not have the kind of roles that could put them at the centre of the plot, but the two actresses do not fail to make their presence felt. The screenplay does them no favours in terms of either length or depth, which only robs the film of the possibility of upping its game. 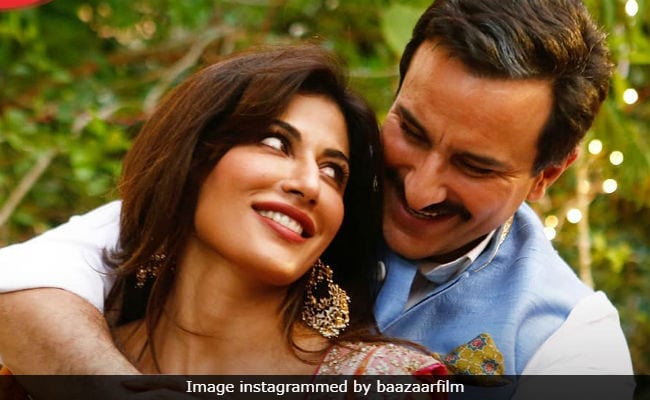 Baazaar is at best passable. It could have yielded higher dividends had it been less slavishly derivative.