Saif Ali Khan:' As An Actor, I Am Getting Better Each Day'

Saif Ali Khan's next film will release on October 26 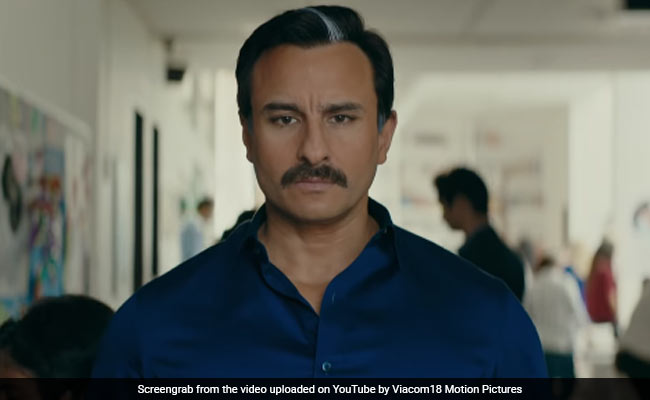 Saif Ali Khan in a still from Baazaar (Courtesy YouTube)

Saif Ali Khan, whose next film Baazaar is all set to hit the theatres next month, in an interview to news agency PTI said that as an actor he is getting "better" each day and is also enjoying his "growth". "I feel, as an actor, I am better than ever and more interested than I have ever been. I am getting better every day. I am enjoying the growth," PTI quoted the actor as saying. Saif, who was speaking at the trailer launch event of Baazaar in Mumbai, said that he is not insecured. "By the grace of God, I feel secure. I want to choose exciting roles. I want to challenge myself. It's such a great time in the movies. The kind of roles that one is offered are so different from what they used to be. We are looking at the future, we are pushing boundaries. It's nice to reinvent," the 48-year-old actor added.

Saif Ali Khan's last film Kaalakaandi, which released earlier this year, failed to make a mark at the box office. Saif recently appeared in Netflix web-series Sacred Games, which opened to mostly positive reviews. Saif, who plays a cop named Sartaj Singh in the series, will reprise his role in the second season. Saif Ali Khan shared screen space with Radhika Apte, who is also part of his upcoming film Baazaar.

Saif Ali Khan plays the role of an influential businessman named Shakun Kothari in the film, which also stars Rohan Mehra (son of late actor Vinod Mehra) and Chitrangada Singh. Speaking about his role in the film, Saif Ali Khan said: "My character is like a nasty antagonist. Rohan Mehra is the hero. It is exciting to play strong and powerful roles. I don't distinguish between roles, it is funny. The idea is even if you play bad, if it is well-written, people don't think actors are being evil or nasty."

Watch the trailer of Baazaar here: