Rohan Mehra, son of actor Vinod Mehra, said that he prefers not getting anything "through his surname" 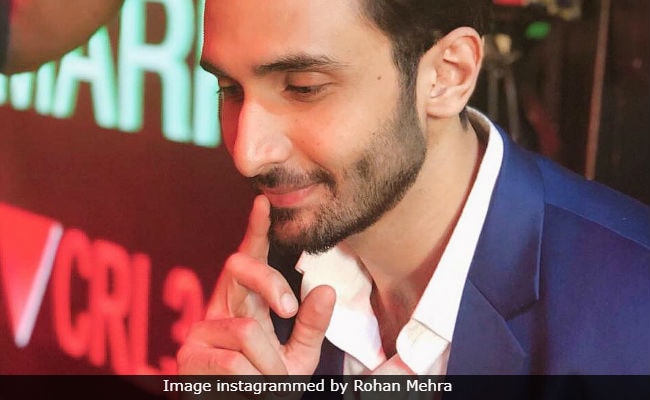 Rohan Mehra during the promotion of Baazaar. (Image courtesy: Instagram)

Late actor Vinod Mehra's son Rohan Mehra told news agency PTI that he's the "star kid no one knew existed" before his upcoming film Baazaar put him on the map. "I feel I am an outsider despite being his son. I don't think I've ever used his name to get an interview or a meeting. Till last year, if I had gone to a Bollywood party, I would've walked and no one would know who I am. No one even knew I existed. They came to know when the trailer came out," Rohan told PTI. After his father's death in 1990, Rohan grew up in Mombasa, Kenya with his mother, sister and grandparents.

"The other so-called star kids we speak about, the ones who are spoken about even before their film has released, I wasn't one of those. I was never on the map," Rohan Mehra said.

Several star kids such as Janhvi Kapoor, Sara Ali Khan, Suhana Khan and Ananya Panday among others became bona fide celebs even before the release of their respective debut films. Janhvi, daughter of Sridevi and Boney Kapoor debuted earlier this year in Dhadak. Sara, daughter of Saif Ali Khan (Rohan's Baazaar co-star), is awaiting the release of her first project. Chunky Panday's daughter Ananya will be seen in Student Of The Year 2 next year along with Rohan's rumoured girlfriend Tara Sutaria. Meanwhile, Suhana commands the paparazzi's attention even though her career plans haven't been finalised yet.

However, Rohan Mehra told PTI that he prefers not getting anything "through his surname" and added that several filmmakers are willing to put their money on newcomers. "Today, there are so many casting agents and production houses doing a wonderful job of backing new talent. I don't think anyone should feel disheartened that they aren't from the industry. I am not and I have struggled too," Rohan was quoted as saying.

Rohan, who studied econometrics and mathematics in the UK, wanted to become an investment banker but he decided to give acting a shot. "The place where I grew up, while people around me knew my father was an actor but no one really spoke about it. For them, I was just a normal guy. Genetically may be there is something I have and so I was inclined to acting. But it wasn't that just because my father is an actor so I wanted to be one," he said.

Vinod Mehra was best known for his roles in films like Ghar, The Burning Train, Swarg Narak and Khud-Daar among others.