Baahubali 2 To Release In 8,000 Screens, 'Hindi Version At Par With Khan Film.' Doesn't Get Bigger Than This 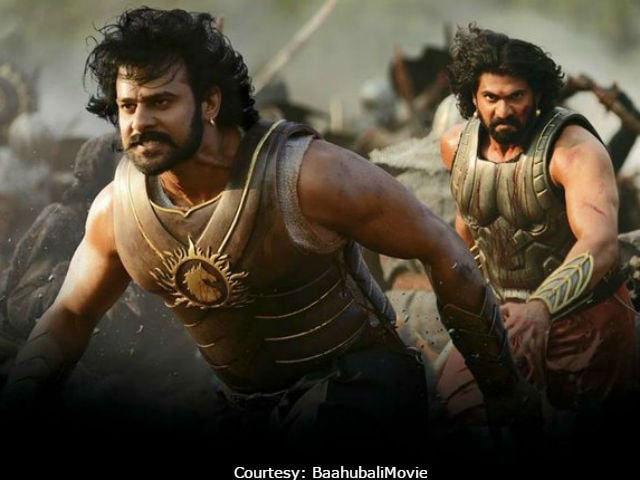 Prabhas and Rana Daggubati in Baahubali: The Beginning (Courtesy: BaahubaliMovie)

New Delhi: If you had any doubt at all that Baahubali: The Conclusion is this year's jumbo release, consider this - the final part of S S Rajamouli's magnum opus will reportedly release across 8,000 screens on April 28 (just three days from now, we understand if you are hyperventilating). DNA reports that a Bollywood film typically opens across 5,000 screens and that Tamil, Telugu, Kannada and Malayalam films release across 3,000 screens. This Friday, Baahubali: The Conclusion will hit 8,000 screens unopposed and in several languages - Telugu, Tamil, Kannda, Malayalam and Hindi. "In Hindi, it is the biggest release at par with any Khan film. And all put together, it is the biggest pan-Indian film. In the US, Baahubali: The Conclusion will release in about 1,000 screens, which is the highest for any Indian film," producer Shobu Yarlagadda told NDTV. He added, "We are also planning to convert the three books released on the film to a television series."

Karan Johar's Dharma Productions is in charge of the film's Hindi release. Baahubali is made on a budget of Rs 450 crore and, much ahead of its release, has already earned Rs 500 crore through the sale of its distribution and satellite rights. Expectations are high, and that is understating it. "After being made at the biggest budget ever, it is expected to take in the biggest opening in the history of Indian cinema, ever," DNA quoted a source as saying.

The film was earlier scheduled to open in 6,500 screens - the increase in number of screens and pan-India release has also led to predictions that Baahubali: The Conclusion's first day business will be record-shattering. DNA puts the figure at Rs 60 crore.

Much of the cast of Baahubali: The Conclusion reprise their roles from the original film, Baahubali: The Beginning, which released in 2015. Prabhas plays the title role with Rana Daggubati and Sathyaraj as the key characters of Bhallala Deva and Katappa. The role of Katappa is particularly pivotal because the first film ended on the cliffhanger of cliffhangers, with Katappa killing Baahubali. Actresses Anushka Shetty, Tamannah Bhatia and Ramya Krishnan return as Devasena, Avanthika and Sivagami.

Promoted
Listen to the latest songs, only on JioSaavn.com
It hasn't been entirely smooth sailing for Baahubali: The Conclusion. Weeks ago, various pro-Kannada outfits threatened to prevent the film from releasing in Karnataka unless Sathyaraj apologised for comments he had made on the Cauvery water crisis almost a decade ago - which the actor did last week.

Are you ready for Baahubali: The Conclusion and do you think it will be outstripped in scale and performance by Rajinikanth's 2.0 later this year? Tell us in the comments section below.