On Ayushmann Khurrana's "Where Am I" Post, Celebs Drop ROFL Comments 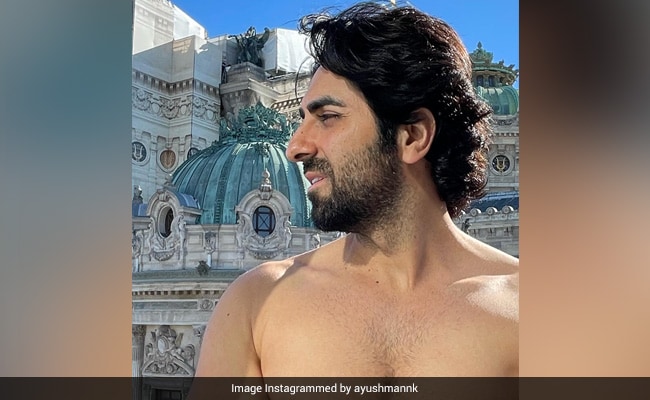 Pictures of Ayushmann Khurrana in just a towel are enough to set Instagram ablaze. And, that's exactly what happened on Monday, when the Anek actor treated his fans to shirtless photos of himself. Ayushmann posted two dashing photos of himself basking in the Sun on the balcony of a lavish stay. He did not mention the location in his post but surely gave a hilarious task to his friends and fans to figure out his current whereabouts. However, he only asked for “wrong answers” and the result that flooded the comments section of his post will definitely crack you up. “Where am I? Wrong answers only,” he captioned the photos, reacting to which actor Nakuul Mehta came up with one of the best answers and commented: “Malvani.” Malvani is a residential locality in Mumbai's western suburb Malad.

“Prague,” “Rome” and “Spain” summed up many comments posted by Ayushmann Khurrana fans.

Ayushmann Khurrana has been garnering praise for his performance in Anubhav Sinha's Anek, which recently premiered on Netflix. The film showcases the story of an undercover officer (played by Ayushmann), who is on a risky mission to restore peace to Northeast India. The film also stars JD Chakravarthy, Deeplina Deka, Andrea Kevichüsa, and Manoj Pahwa, among others.

The actor has a few projects lined up. He will be seen portraying the role of a doctor alongside Rakul Preet Singh in Anubhuti Kashyap's comedy-drama Doctor G. Recently on Doctors' Day, the actor shared his look from the film and wrote: “G se Gynecologist, G se Gupta. That's our Doctor G. Doctor Uday Gupta aka #DoctorG and team ki taraf se wishing all the G se genius doctors a Happy Doctors' Day.”

He will also be seen as the lead actor in Anirudh Iyer's An Action Hero.