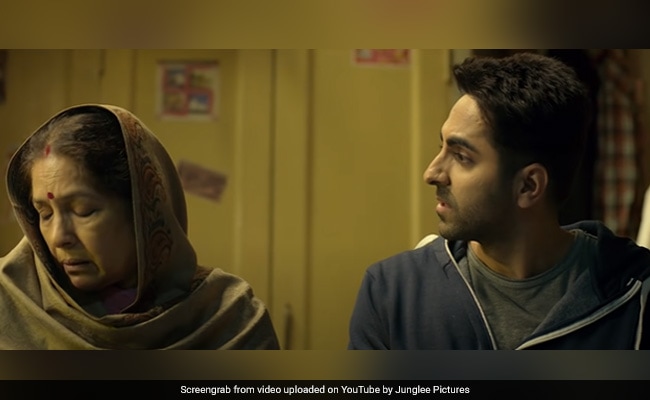 Ayushmann Khurrana is one Bollywood star who has had a dream run at the box office and also gained critical acclaim for his films. His brand of cinema can best be described as slice-of-life dramas that address issues not spoken about enough in society. And, there are several films featuring the actor that offer a balance of entertainment and social messaging. With Anek too, Ayushmann Khurrana addresses the question of what it truly means to be an Indian, with help from Andrea Kevichüsa's character Aido, a Northeastern Indian boxer who aspires to represent her country in the national team.

If you enjoyed Ayushmann Khurrana's spirited yet understated performance as Joshua in Anek, we recommend you take a look at these five movies of the star for your weekend movie fest.

Ayushmann Khurrana's debut film Vicky Donor dealt with concepts of sperm donation and infertility at a time when the conversations around these subjects were not a part of mainstream discourse.  Set in a Punjabi-Bengali household, the film is a breezy watch that will leave you thinking.

Badhaai Do is another example of Ayushmann Khurrana's knack to pick scripts that not only entertain but trigger a conversation. In the film, Ayushmann plays a man in his mid-twenties who is embarrassed by his parents being newly pregnant. This story of love and acceptance is a family drama for the ages.

In Shubh Mangal Saavdhan, Ayushmann Khurrana picks another taboo subject and envelops it in all the trappings of a mainstream film. He plays Mudit Sharma, who is faced with erectile dysfunction right before he marries the love of his life.

Article 15 is Ayushmann Khurrana's first collaboration with his Anek director, Anubhav Sinha. The film deals with issues of caste-based violence and discrimination.

Chandigarh Kare Aashiqui is a poignant love story between a bodybuilder – the epicentre of a hyper-masculine environment thanks to the nature of his circumstances, job and goals –  and a transwoman. While the film rests on the able shoulders of Vaani Kapoor, Ayushmann Khurrana lends a vulnerability to Manu, making this love story all kinds of magical.

Tell us your favourite Ayushmann Khurrana movie in the comments.