Ayushmann Khurrana On Bala Vs Ujda Chaman: 'We Shot Our Film First'

"There's just one line which is similar, otherwise it's a different film," said Ayushmann Khurrana 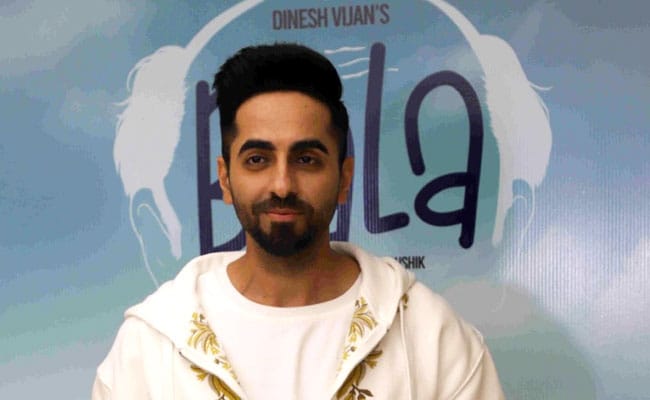 Ayushmann Khurrana was photographed at an event.

Actor Ayushmann Khurrana finally opened up about the comparison between Bala and Ujda Chaman and said that his film was "shot first" and is "different" from the latter in many ways, reported news agency IANS. The National Award-winning actor also commented on the word "takla" in the Ujda Chaman's latest poster and said it's "derogatory." Speaking about the comparison between his film and Sunny Singh's movie, Ayushmann said: "We shot our film first, announced our film first. There's just one line which is similar, otherwise it's a different film. I've seen the South Indian film (on which Ujda Chaman is based) after we completed the shoot. Once you see the film, you'll realise (the difference)," reported IANS.

Both the films are being compared because the protagonists in Bala and Ujda Chaman suffer from premature balding. Talking about how his character in Bala  is different from Sunny Singh's in Ujda Chaman, Ayushmann Khurrana said: "It (Bala) isn't about just receding hair or baldness. It is about loving and discovering yourself, more than anything else."

A couple of days ago, the makers of Ujda Chaman released a new poster, the text on which read: "Takle ki pehli aur original film." Ayushmann expressed his views on this and said that referring a bald man as "takla" is derogatory. "The word takla is quite derogatory. It's not celebrating self-love," he said, reported IANS.

Ayushmann also spoke about playing a man who suffers from alopecia in Bala and said it made him more empathetic towards the people who suffer it: "I've ventured into far-fetched territories like sperm donation (in Vicky Donor) and erectile dysfunction (Shubh Mangal Saavdhan). This was the most common one. It's just the empathy I thought about. I've met both kinds of people - those who are bothered by it and those who don't care about it. The idea is to highlight the fact that you shouldn't be bothered about it. That, in a nutshell, is the message of our film."

When asked if he is worried about Bala releasing after Ujda Chaman, Ayushmann Khurrana said he is "confident" about his film: "It happened with the Bhagat Singh films also. The film which is good will do well. I'm really confident about our film. It's a beautiful film and one of the best scripts I've ever read. Anybody can come up with the same idea."

Earlier, speaking about Bala makers changing the release date, Ujda Chaman director Abhishek Pathak told IANS that they are more "worried" than him: "If they are coming from November 15 to November 7, they are more worried than me. Otherwise, they would not have moved.... Even after having big stars in the film, they are shifting the date because they are concerned, worried or I don't know what... But they should be thinking about it."