Bala Trailer: Ayushmann's character tries every trick in the book to grow hair - from sprays, powders and wigs to even cow dung 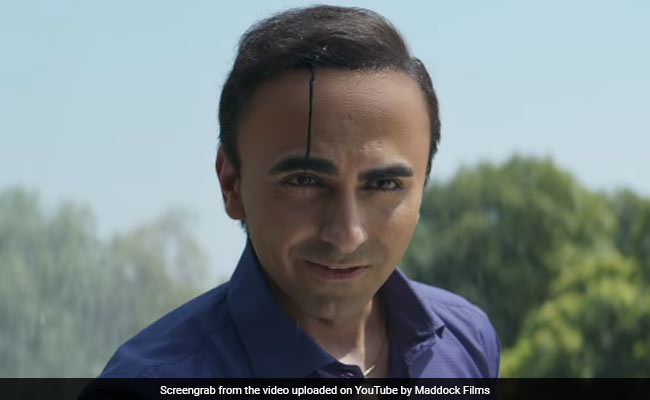 The much-awaited trailer of Ayushmann Khurrana's upcoming film Bala dropped on the Internet on Thursday and we bet it will leave you in splits. Just like Ayushmann's other films, Bala also promises witty dialogues. Bala is a story of a man suffering from premature balding, whose confidence takes a hit as everyone makes fun of him. The trailer starts with Ayushmann, who can be seen wearing a cap to hide baldness, briefing a group of women about matrimonial advertisements. However, Bhumi Pednekar, who is attending the session with her mother, interrupts Bala and starts teasing him by removing his cap in front of the women. Following this, Bala's desperate attempts to stop hairfall in the trailer promises a cent-percent entertaining ride.

To impress his love interest, played by Yami Gautam, Bala decides to put on a wig. However, he hides the secret about premature balding from her. To grow hair, Ayushmann tries every trick in the book - from sprays, powders and wigs to even cow dung. The trailer also features glimpses of Jaaved Jaaferi, Saurabh Shukla, Manoj Pahwa and Seema Bhargava. It wouldn't be wrong to say that the characters played by each one of these stars in the film will give you double dose of comedy.

Sharing the trailer, Maddock Films captioned it: "Bold is surely beautiful but what about Bald?" LOL! Check it out (P.S: Don't try these tricks at home):

Speaking about his role in Bala, Ayushmann Khurrana earlier told news agency PTI that he gets "excited" every time he gets a challenging role. "The more challenging or complex the character is, I get more excited. And going with the same trajectory, I'm excited with Bala," said Ayushmann.

Directed by Amar Kaushik and produced by Dinesh Vijan, who has produced films such as Luka Chuppi, Stree and Hindi Medium, Bala will open in theatres on November 22 this year.