"I'm honoured to be a part of this group," wrote Ayushmann Khurrana 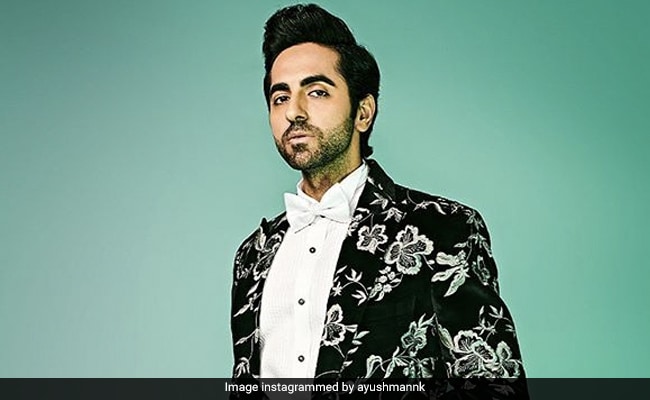 Actor Ayushmann Khurrana has made this year's Time Magazine's list of 100 Most Influential People. The 36-year-old star of films such as AndhaDhun and Badhaai Ho is listed under Artists, which also includes Korean filmmaker Bong Joon-ho, actor Michael B Jordan, Fleabag creator Phoebe Waller-Bridge, and musicians Jennifer Hudson and Selena Gomez, among others. The other categories on the Time list are Pioneers - under which is included Professor Ravindra Gupta, known for his work on HIV/AIDS treatment - Leaders, Icons and Titans. Sundar Pichai, the Indian-born chief of Google, makes it to the last category. Bilkis, the 82-year-old who became one of the faces of the Shaheen Bagh protest is under Icons. The essay on Ayushmann has been written by actress Deepika Padukone, who was on the list in 2018.

Deepika writes: "I remember Ayushmann Khurrana vividly from his debut film, Vicky Donor. He had, of course, been a part of the entertainment industry in various other ways for several years before that, but the reason you and I talk about him today is because of the impact he has been able to create through memorable films and iconic characters. Where male protagonist roles often fall into the trap of stereotypical masculinity, Ayushmann has successfully and convincingly transformed into characters who challenge those very stereotypes. In India, with a population of more than 1.3 billion, only a tiny percentage of people see their dreams come alive, and Ayushmann Khurrana is one of them. You're probably wondering, How? Talent and hard work. Sure, that goes without saying. But more important, patience, perseverance and fearlessness. A little insight for those who dare to dream."

Ayushmann is known for his fearless choice of roles - he has tackled several difficult topics in his films such as sperm donation, premature balding and erectile dysfunction. He won the National Award for Best Actor last year for his work in AndhaDhun, a thriller in which he played the complex role of a pianist who pretends to be blind. Ayushmann's last film was Gulabo Sitabo, co-starring Amitabh Bachchan.

In a post shared on Wednesday evening, Ayushmann Khurrana wrote of being on the Time list, "I'm honoured to be part of this group."

TIME's list of the 100 Most Influential People in the world is out, I'm honored to be a part of this group: time.com/time100 @TIME #TIME100

Ayushmann said in a statement: "I'm truly humbled with the recognition that TIME has bestowed on me. As an artiste, I have only looked to contribute towards bringing a positive change in society through cinema and this moment is a huge validation of my belief system and my journey. I have always believed that cinema has the power to bring about change by triggering the right conversations among people and society. Hopefully, through my content choices, I have been able to contribute towards my country and countrymen."

Ayushmann Khurrana is prepping for his new project - a film by director Abhishek Kapoor - in which he will play a cross-functional athlete.