Athiya Shetty And KL Rahul Are Goofing Around In Her Birthday-Special Post For Him. See Pics 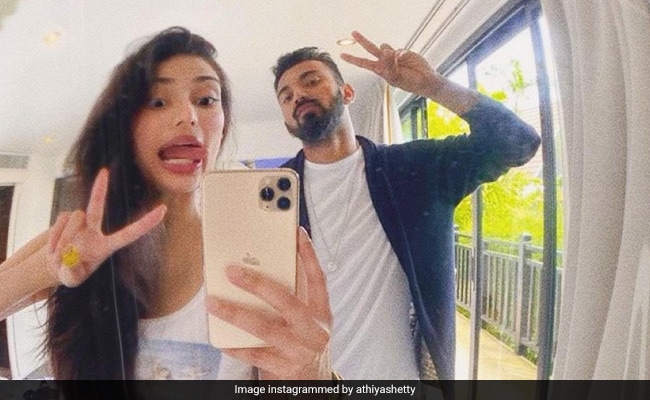 Actress Athiya Shetty's rumoured boyfriend and cricketer KL Rahul turned a year older on Sunday. Athiya posted a few pictures with KL Rahul on Instagram and wished him a happy birthday. In the pictures, Athiya and KL Rahul can be seen goofing around as they pose together in front of a mirror. The rumoured couple is twinning in their black and white casual outfits. Athiya is standing at the front and KL Rahul is at the back. In both the pictures, Athiya's expressions are on point. While in the first photo, the actress is sticking her tongue out, the second picture shows her making a cute pout.

In her caption, Athiya Shetty wrote, "grateful for you, happy birthday."

Athiya's brother Ahan Shetty also shared a birthday-special post for KL Rahul on Instagram. Ahan posted a picture with KL Rahul on his Instagram story and wrote, "Happy Birthday." In the picture, Ahan can be seen walking with the cricketer at the airport. We are guessing that Athiya had probably clicked this picture. 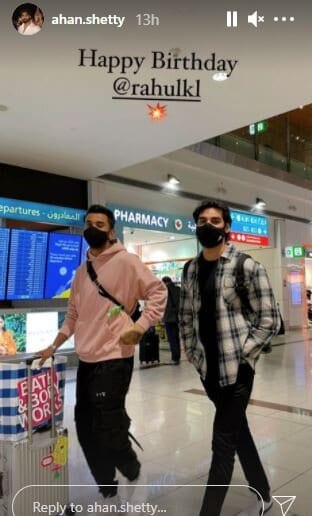 Athiya Shetty is reportedly dating KL Rahul for quite some time now. While the rumoured couple has kept the relationship a hush-hush affair, both of them frequently feature on their respective Instagram handles. See a few of their PDA moments here:

Athiya Shetty is the daughter of Suniel Shetty and Mana Shetty. Athiya made her Bollywood debut with the 2015 film Hero, in which she was paired opposite Sooraj Pancholi. Sooraj also made his debut with the movie. Athiya has also worked in films such as Mubarakan (2017) and Motichoor Chaknachoor (2019).

On the other hand, KL Rahul is a right-handed batsman and a wicketkeeper of the Indian Cricket Team. KL Rahul is also the captain of Punjab Kings team that plays in the Indian Premier League (IPL). Actress Preity Zinta is the co-owner of that team.

Meanwhile, Athiya's brother Ahan Shetty is gearing up for the release of his debut film Tadap. Ahan is sharing screen space with Tara Sutaria in the movie. Tadap is a Hindi remake of the 2018 Telugu film titled RX100. The upcoming film will hit the screens on September 24 this year.