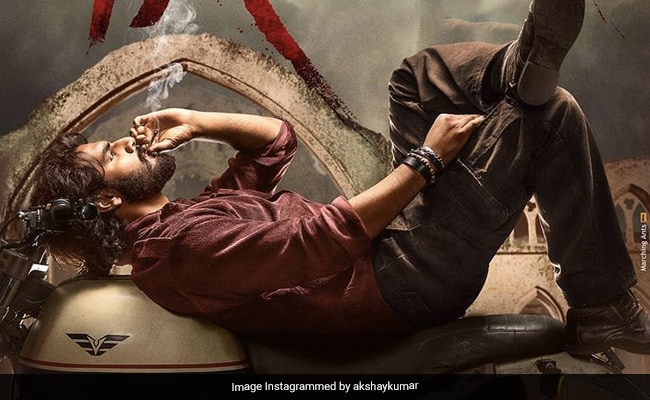 Tadap: A poster of the film. (Image courtesy: suniel.shetty)

Suniel Shetty's son Ahan is all set to make his Bollywood debut with Sajid Nadiadwala's new film Tadap, co-starring Tara Sutaria. Tadap is a Hindi remake of Ajay Bhupathi's 2018 Telugu film RX 100, which featured Kartikeya Gummakonda and Payal Rajput as the lead actors. On Tuesday, Akshay Kumar, who has featured alongside Suniel Shetty in films like Dhadkan, Hera Pheri, Mohra and De Dana Dan, shared the first look poster of Tadap on social media and wrote: "Totally nailed the angry young man look here, looking forward to watching you on the big screen. Sending all my love and best wishes for #Tadap." In the poster, we can see Ahan Shetty smoking a cigarette on a bike. He sports a rugged look. The poster of the film, which is an "incredible love story," also reveals its release date - Tadap, directed by Milan Luthria, will open in theatres on September 24 this year.

Another poster of the film features Ahan hugging Tara Sutaria but his face is hidden. Sharing the photo, Akshay said that he still remembers seeing the poster of Suniel Shetty's first film Balwaan and added that he is glad to present the poster of his friend's son's first film. "Big day for you Ahan...I still remember seeing your father, Suniel Shetty's first film, Balwaan's poster and today I'm presenting yours... so happy and proud to share the poster of #SajidNadiadwala's #Tadap #AhanShetty and Tara Sutaria, releasing in cinemas on September 24!" he wrote on Twitter.

Big day for you Ahan...I still remember seeing your father, @SunielVShetty's first film, Balwaan's poster and today I'm presenting yours.... so happy and proud to share the poster of #SajidNadiadwala's #Tadap *ing #AhanShetty and @TaraSutaria, releasing in cinemas on 24th Sept! pic.twitter.com/UQZWV7i4Pm

Suniel Shetty's daughter Athiya is also an actress. She made her debut in Bollywood with Nikkhil Advani's 2015 film Hero, in which she shared screen space with Suraj Pancholi. Athiya has starred in films like Mubarakan and Motichoor Chaknachoor.