Asked If He And Alia Bhatt Are Really Having Twins, Ranbir Kapoor Said: "Don't Create Controversy" 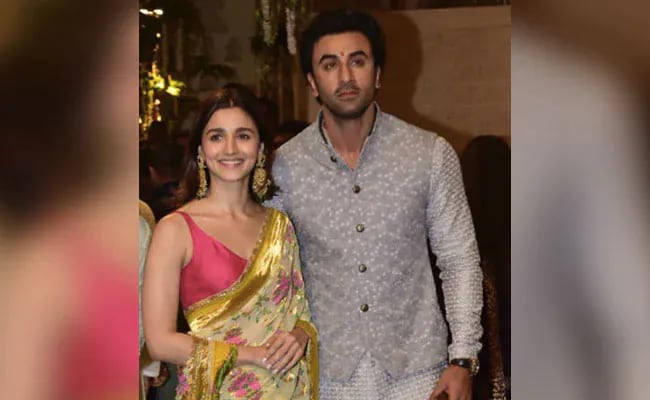 A throwback of Alia Bhatt and Ranbir Kapoor at an event in Mumbai.

Ranbir Kapoor, during a recent media interaction, was asked if he and Alia Bhatt are actually going to have twins, to which responded by saying, "Don't create controversy. They asked me to state three things: Two truths and a lie. Now I can't reveal what are the truths, and what are the lies," reported Pinkvilla. Here's a little background for those who require one. During a game of two truths and a lie with a Film Companion journalist, the actor was asked to make three statements out of which 2 statements was true and 1 was a lie and he did not have to reveal what statements are true and what is a lie. The actor had said, "I am having twins, I am going to be part of a very big mythological film, I am taking a long break from work."

Alia Bhatt announced her pregnancy last month. She shared this picture on Instagram and she wrote: "Our baby... Coming soon."

Ranbir Kapoor and Alia Bhatt got married in April at their house Vastu in the presence of family and a few close friends. They will be seen sharing screen space for the first time in Ayan Mukerji's Brahmastra.

Alia Bhatt recently opened up about the way Ranbir Kapoor proposed to her in Maasai Mara (Kenya) during an episode of Koffee With Karan. "In terms of Ranbir and his planning, he totally blew my mind away because I was not expecting it. We were not even talking about it. We were talking about it for a very long time but then there were so many pandemic delays, that we decided we won't talk about it. We'll just go with feeling. And that's exactly what he did. He didn't tell anyone. He just carried the ring and he did it in the most amazing place, Maasai Mara," said Alia Bhatt. Ranbir even planted the guide to take pictures of the special moment, Alia revealed on the show.