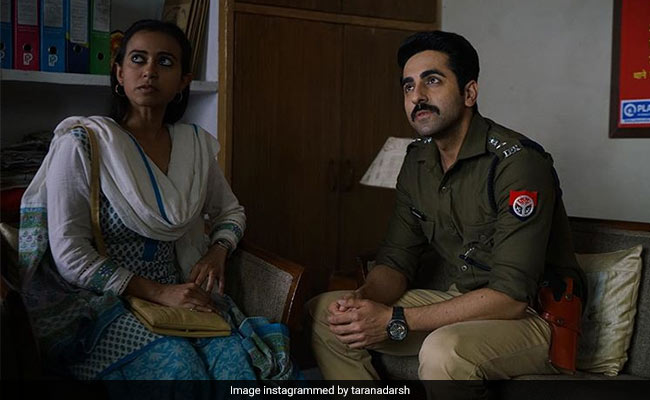 Take a look at Article 15's performance as shared by Taran Adarsh:

Directed by Anubhav Sinha, Article 15 is based on Article 15 of the Indian constitution, which forbids discrimination on the basis of religion, caste, place of birth and others. It revolves around the story of a young IPS officer, who investigates the case of gang rape and murder of two Dalit girls.

In his review for NDTV, film critic Saibal Chatterjee gave Ayushmann Khurrana's film 4 stars out of 5 and wrote: "Article 15 punches us in the face with the force and precision of a heavyweight pugilist's fist. The blow sends us reeling because nothing that the gritty, unflinching film tells us is a revelation. Haven't we known all along what kind of people we are and what sort of denial we live in? Article 15 only serves as a grim and urgent reminder - and a call to action."