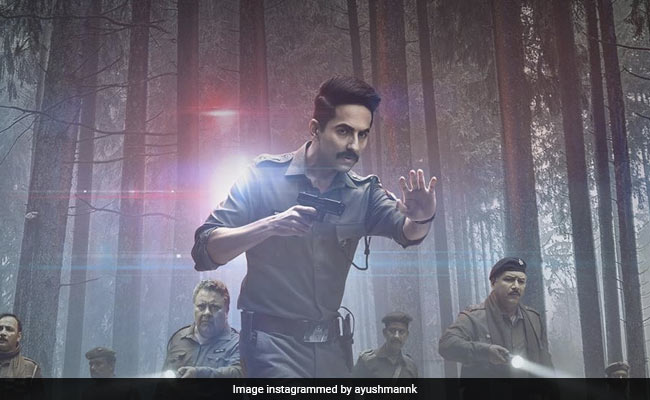 A compelling, corrosive police procedural that lays bare the harsh reality of caste and gender oppression in the sticks of Uttar Pradesh, Anubhav Sinha's Article 15 punches us in the face with the force and precision of a heavyweight pugilist's fist. The blow sends us reeling because nothing that the gritty, unflinching film tells us is a revelation. Haven't we known all along what kind of people we are and what sort of denial we live in? Article 15 only serves as a grim and urgent reminder - and a call to action.

In the context of Hindi cinema as a whole, Article 15 is as radical a film as any. Earlier this year, Abhishek Chaubey's period dacoit drama Sonchiriya dealt with gender and caste atrocities and how they were interlinked in a terrain where predators roam free. Most other Hindi films that have addressed the shocking repercussions of rigid social stratification - the likes of Sadgati, Ankur, Damul, Paar and Chauranga - have emerged from a non-mainstream space. Article 15 is an important addition to a very small number of Hindi films that have successfully tackled weighty social issues through the means of a more popular idiom. Sinha's hard-hitting film employs familiar elements, including a lead actor with considerable star value and a regular beginning-middle-and-end structure that rests on recognizable whodunnit devices. However, Sinha, who has written the screenplay with Gaurav Solanki, elevates the film significantly above the humdrum by opting for a restrained but emphatic tone that befits the horrific nature of the crime and the cover-up attempt at the core of the story.

The film opens with an angry folksy number (Kahab toh lag jaayi dhak se) crooned and enacted by Sayani Gupta. She plays a Dalit woman in love with a political rebel, Nishad (Mohammed Zeeshan Ayyub), and whose sister goes missing after two minor village girls are raped and hung from a tree. She sings of India's glaring rich-poor divide and the deprivation of her people. The number is followed immediately on the soundtrack by Bob Dylan's Blowing' in the Wind, which instantly places the plight of this country's poverty-stricken, cast-out masses in the universal context of rampant exploitation of the poor and defenceless.

"How many roads must a man walk down before you can call him a man," Dylan had asked in one of his iconic songs. One character in Article 15 - the hero's activist-journalist partner Aditi (Isha Talwar) - insists "bas aise log chahiye jo hero ka wait na kare (we only need people who won't wait for a hero to get things done)".

The male protagonist, young IPS officer Ayan Ranjan (Ayushmann Khurrana), isn't a conventional hero at any rate. He does swing into action but he is thwarted at every step because he plays by "the book of law". Aditi asks him: Does the book care about justice? Ayan believes it does. The film is about his efforts to prove that his faith in the Constitution isn't misplaced. 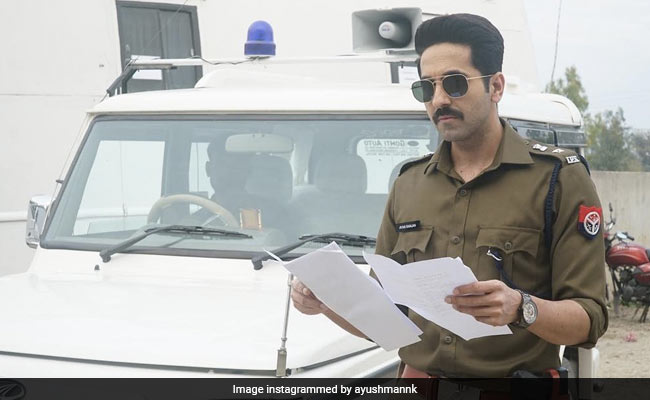 At the halfway mark, where the unrelenting police officer decides to remind his men of the importance of the letter and spirit of Article 15 of the Constitution of India, the film uses Vande Mataram as part of its background score to underline the Republic's guiding principles. The film ends with a hip-hop number into which an instrumental rendering of Mahatma Gandhi's favourite bhajan, Vaishnav Jana To Tene Kahiye, disappears. Between and through these evocative bookends, Ewan Mulligan's cinematography not only matches steps with the film's rhythm, it also frequently serves to determine the narrative's heartbeat.

While there is a solemn debate that runs like a thread through the film, its narrative construct is conventional enough. The IPS tyro is sent to a semi-rural outpost of Uttar Pradesh, where he takes on a corrupt, compromised law and order system and is sought to be deflected from his path by his second in command who has a vested interest in repeatedly counselling caution. It is the treatment of the disturbing theme that sets Article 15 apart from run-of-the-mill Bollywood cop dramas.

For one, the police officer is presented as an inquisitive 'outsider' seeking to make sense of the complexities of the caste system and its repercussions on the poor and the marginalised rather than a trigger-happy lawman out to enforce his writ in a benighted place that is no more than a speck of the map of a vast nation.

And two, Article 15 examines the caste composition of the police force itself in a manner that no Hindi film has ever done. Bollywood crime-busters have either been cynical vigilantes or sanctimonious police officers swearing unwavering allegiance to their uniform. In this film, the policeman's vardi, in more cases than not, does nothing to suppress the caste identity of the individual who dons it.

Ayan Ranjan sheepishly admits that he is a Brahmin only to be summarily told by one of his subordinates that he doesn't belong to the top category of the upper caste. One of the seniormost men in Ayan's team, Brahmdutt Singh (Manoj Pahwa), is a Thakur, his driver Chandrabhan Singh (Subhrajyoti Barat) is a Rajput, his communications guy Mayank (Ashish Verma) is a Kayastha and another old hand (Kumud Mishra), son of a sweeper, is a Jatav. Most of these men wear their identities on their sleeves and how they engage with the world around them is impacted by who they are in the social hierarchy. Phrases like "woh log" and "tum log" - those people and you people - are bandied about freely, driving home the divisions the run very, very deep here. 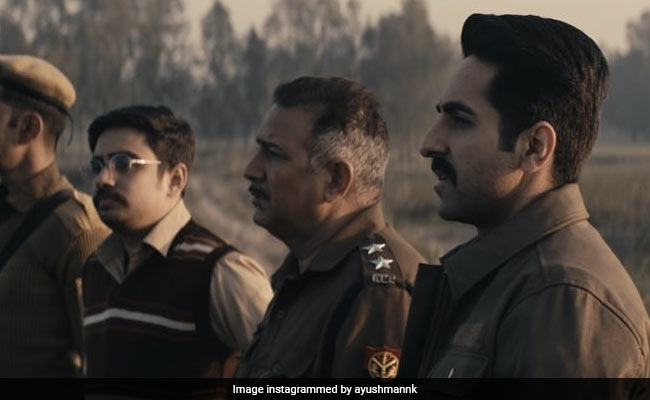 Article 15 is about nonstop exploitation of the rural poor, rape as a weapon of suppression, murder and mayhem and an appalling culture of impunity when it comes to investigation of crimes against the dispossessed. The action is set in a scenario where the police force is habituated to turning a blind eye to the abuse of power by those who milk a rotten system for personal aggrandizement. For good measure, the plot takes into its fold a Dalit leader and a saffron-robed mahant, both as opportunistic as the other in the matter of fishing in troubled waters.

The director wins half the battle by casting little-known actors with real faces who look and act like people you would meet in an upcountry village. Ayushmann Khurrana underplays his part to great effect, enhancing the intensity of the character. Article 15 also benefits from highly effective performances from a supporting cast that includes proven quantities like Nassar, Kumud Mishra, Sayani Gupta and Mohammed Zeeshan Ayyub.

Sinha draws many of its plot elements from newspaper headlines of recent years, the principal one related to the 2014 Badaun gangrape and killing of two girls and the 2016 Una flogging of Dalit men and employs them methodically to probe caste and gender fissures and fault lines. It remains true to the demands of the plot without losing control over its principal purpose - administering a bitter pill with just a hint of a sugar coating. It works wonderfully well. Article 15 is a not to be missed film.