Ayushmann Khurrana On Playing An Intense Cop In Article 15: 'It's Other Side Of Me'

"I have done theatre for five-six years and in most of my plays, I have played characters that were intense or aggressive," said Ayushmann Khurrana 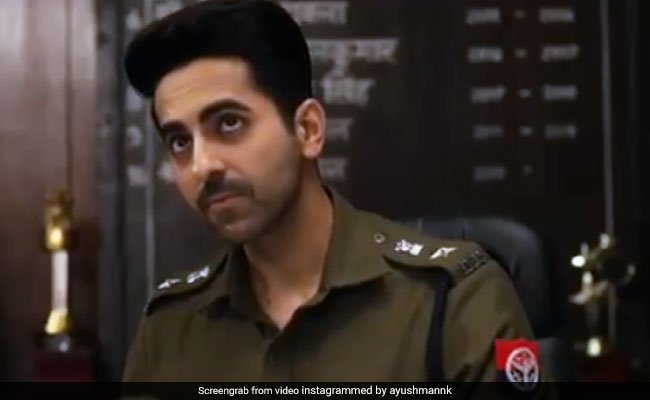 Ayushmann Khurrana in a still from Article 15. (Image courtesy: ayushmannk)

Ayushmann Khurrana, who will be seen as an intense cop in his upcoming film Article 15, said this "intense" side was always there in him but was never explored in his prior films, reported DNA. Ayushmann, who is known for playing light-hearted roles in films such as Badhaai Ho, Shubh Mangal Saavdhaan, Dum Laga Ke Haisha and Bareilly Ki Barfi , believes that it is important to establish oneself as an actor in a "particular genre" so that when you break out of that, the audience gets shocked or surprised.

In an interview to DNA, Ayushmann explained how he transformed himself for the serious cop role for Article 15 and said: "I think it's just this other side of mine. I have done theatre for five-six years and in most of my plays, I have played characters that were intense or aggressive. That side of mine had not been explored in cinema. This film gave me the opportunity to showcase that side of mine. But, I feel there is still a long way to go and I'm in no hurry to change my character in every film. I think you need to establish yourself in a particular genre to break out of that and then, the audience gets shocked or surprised."

Ayushmann's film Article 15 offers a realistic take on Article 15 of the Indian Constitution, which prohibits discrimination on grounds of religion, race, caste, sex or place of birth. To prepare for his role in depth, Ayushmann even met real-life IPS officers to get a hold on their body language. "I have been in touch with a lot of IPS officers. Senior IPS officer Manoj Malviya is a good friend of mine. He's from Kolkata but has now shifted to Delhi. I have imbibed his body language and the way he walks," he told DNA.