Anushka Sharma and Virat Kohli's daughter Vamika is 2-months-old already. On Thursday, the actress decided to celebrate the anniversary in the sweetest way possible (and we mean literally). On her Instagram stories, Anushka Sharma posted a picture of piece of cake and she wrote in her caption: "Happy 2 months to us." The couple welcomed their first child, a baby girl on January 11 and they named her Vamika. The couple met during the shoot of a shampoo commercial and they got married in Tuscany, Italy in 2017. See Anushka Sharma's Instagram story here: 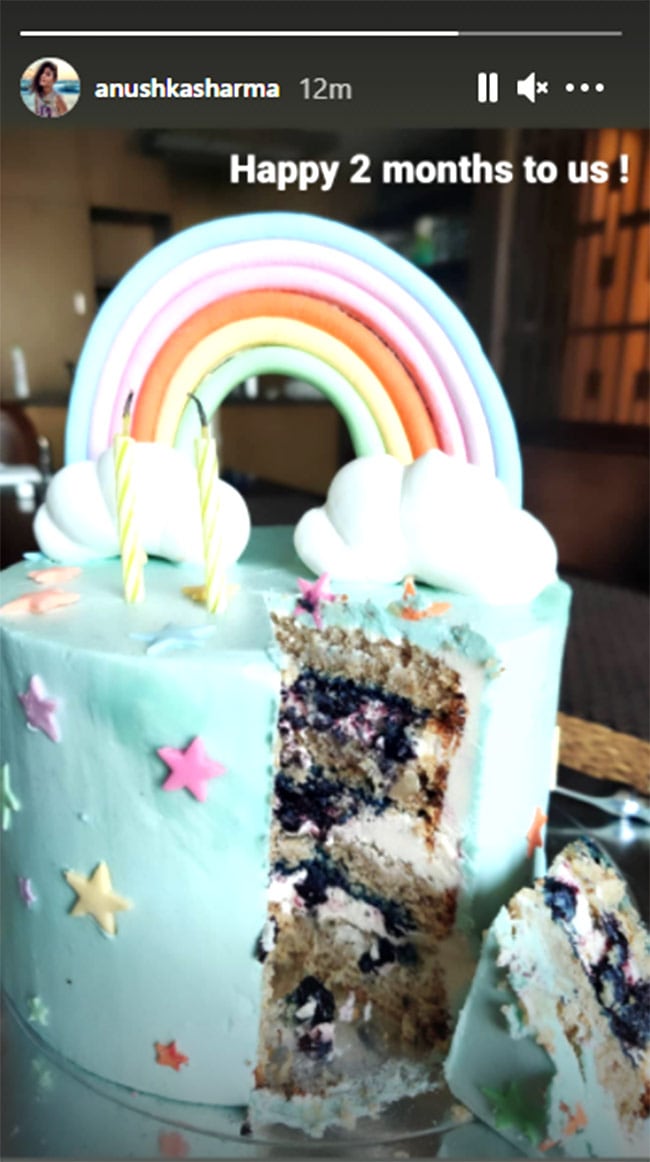 On Women's Day, Virat Kohli shared a glimpse of Anushka Sharma and their daughter Vamika on social media and he wrote in his caption: "Seeing the birth of a child is the most spine chilling, unbelievable and amazing experience a human being can have. After witnessing that, you understand the true strength and divinity of women and why God created life inside them. It's because they are way stronger than us men."

Anushka Sharma and Virat Kohli welcomed a baby girl on January 11. Virat Kohli shared the big news on Twitter and he wrote: "We are thrilled to share with you that we have been blessed with a baby girl this afternoon. We thank you all for your love, prayers and good wishes. Anushka and the baby are both healthy and we are feeling beyond blessed to start this new chapter of our lives. We hope that you can respect our privacy at this time."

This Cutie Grew Up To Be A Bollywood Actress