Another Day, Another Pic From Anushka Sharma's Maternity Diaries 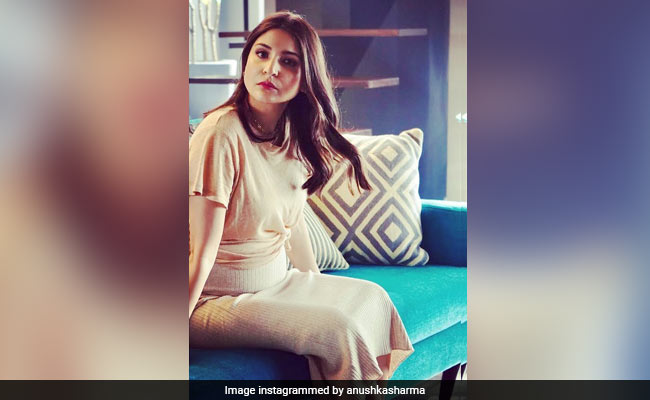 Pictures from Anushka Sharma's maternity diaries keep getting better and better and her latest Instagran entry is a perfect example. The actress, who is expecting her first child with husband Virat Kohli, frequently shares pictures from her maternity diaries on her Instagram profile. On Monday morning, mom-to-be Anushka Sharma posted a picture, in which she can be seen dressed in a pastel outfit as she chills on a couch. Posting the sun-kissed picture, the actress simply captioned it: "Hey." Anushka's Instafam flooded the comments section with heart emojis.

On Sunday, several fan pages dedicated to the actress, shared pictures from the Pari actress' work diaries. ICYMI, check out the pictures here:

In August this year, the actress and her cricketer husband Virat Kohli announced the big news of their pregnancy on social media. Posting a happy picture of themselves, the couple wrote: "And then we were three. Arriving January 2021." Members of the film as well as the cricket fraternity congratulated the couple on social media.

Anushka Sharma and Virat Kohli met during the shoot of a shampoo commercial and they got married at a countryside resort in Tuscany in a private ceremony in December 2017 after dating for several years.