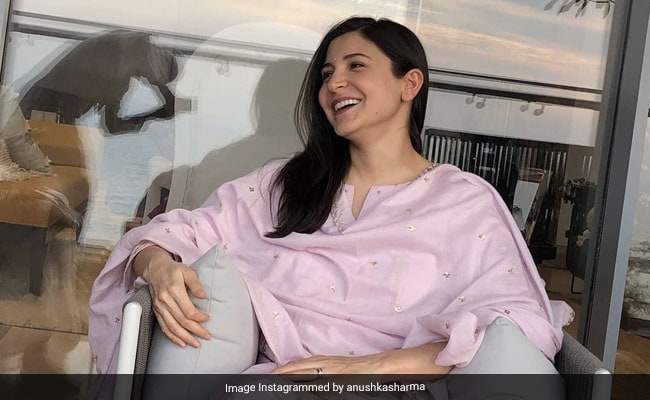 Pregnant Anushka Sharma added another post from her maternity diaries and this one is extra special. Why, you ask? Well, for starters, it has been clicked by her father. Secondly, it features the actress being her stunning self. In the picture, the mom-to-be can be seen dressed in soft pink salwar- kurta set. Anushka can be seen flashing an ear-to-ear grin and her pregnancy glow is hard to miss. The actress captioned her post: "When your dad captures your perfect chai time candid photo and tells you to cut him out of frame but you won't because - daughter." Aww!

Last week, the Pari actress shared pictures from her Diwali album and she wrote: "Got all dressed up to sit at home and eat . And it was great. Hope you all had a beautiful Diwali."

The actress and Virat Kohli announced the big news of their pregnancy on social media, in August this year. Posting a picture of themselves, the couple wrote: "And then we were three. Arriving January 2021." Members of the film as well as the cricket fraternity congratulated the couple on social media. They met during the shoot of a shampoo commercial and they got married at a countryside resort in Tuscany in a private ceremony in December 2017 after dating for several years.