"Caught the husband diligently cleaning his muddy spikes before the tour," Anushka captioned a pic of Virat Kohli 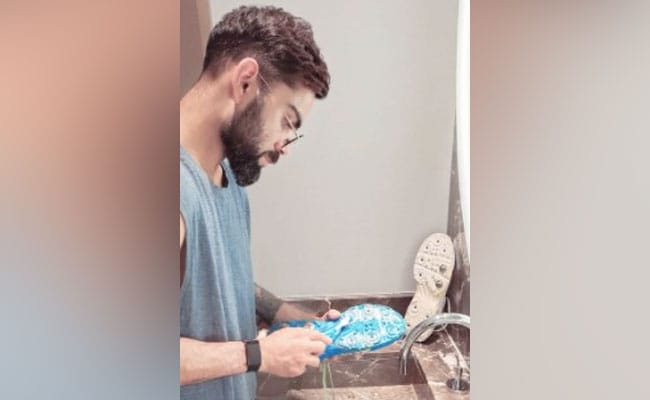 Anushka Sharma, who is expecting her first child with husband Virat Kohli, shared a candid of the 32-year-old cricketer on her Instagram story recently. Virat Kohli, who is prepping for the Australia Tour for the Australia vs India Test matches, can be seen "diligently" cleaning a pair of sneakers in the photo shared by Anushka. "Caught the husband diligently cleaning his muddy spikes before the tour," she captioned the photo. The Australia vs India Test is scheduled to begin in Australia's Adelaide on December 17. Here's what Anushka Sharma shared on her Instagram story after she sneaked up on Virat. 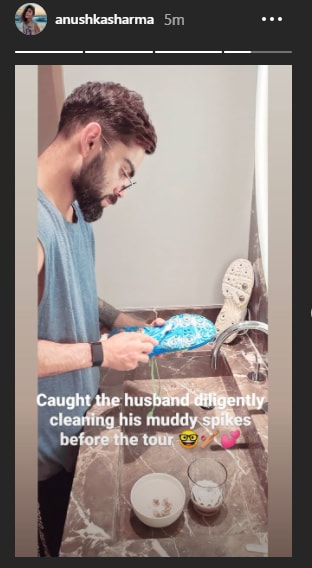 Meanwhile, Virat Kohli has been granted paternity leave by the BCCI as Anushka Sharma is due in January. "At the selection committee meeting held on October 26th, 2020, Mr Virat Kohli had informed the BCCI about his plans to return to India after the first Test in Adelaide. The BCCI has granted paternity leave to the Indian captain. He will return after the first Test against Australia in Adelaide," the BCCI confirmed in a statement earlier this month.

Virat Kohli spent his birthday in Dubai, where he was for the Indian Premier League. On his birthday, Anushka Sharma painted Instagram red with these photos - there were hugs and kisses.

Virat and Anushka dropped the pregnancy news in August, with the cutest statement ever: "And then, we were three! Arriving Jan 2021." In terms of work, last seen in 2018 movie Zero, Anushka Sharma produced two web shows this year - Pataal Lok from Prime Videos and Bulbbul for Netflix.