This Diwali, Pregnant Anushka Sharma "Got All Dressed Up" Just To "Sit At Home And Eat"

Diwali 2020: "Hope you all had a beautiful Diwali," wrote Anushka Sharma 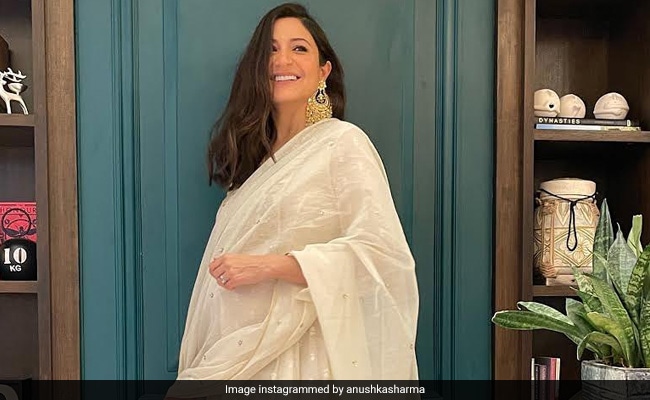 Wondering what Anushka Sharma did this Diwali? Her latest Instagram entry is the answer to your curiosity. The actress, who is expecting her first child with husband, cricketer Virat Kohli, wore a stunning off-white kurta and salwar on the occasion. In her post, Anushka hilariously shared that she "got all dressed up" just to "sit at home and eat" and guess what? She enjoyed that too. For those who don't know, Virat Kohli recently took off with the Indian Cricket Team for Australia tour. Coming back to Anushka, the actress shared three pictures of herself all dressed up in a traditional outfit on Sunday and wrote: "Got all dressed up to sit at home and eat. And it was great. Hope you all had a beautiful Diwali."

Anushka Sharma has been adding adorable pictures of herself to her pregnancy diaries on Instagram. From basking in the sun to having a great time in a pool, the photos capture her innocence and beauty perfectly. Take a look:

Anushka Sharma and Virat Kohli made the baby announcement in August. The couple shared a recent photo of themselves on their respective accounts and wrote: "And then we were three! Arriving January 2021." Check it out here:

Anushka Sharma has starred in films like PK, Band Baaja Baaraat, Sultan and Ae Dil Hai Mushkil. The actress and Virat Kohli got married in Italy in 2017.