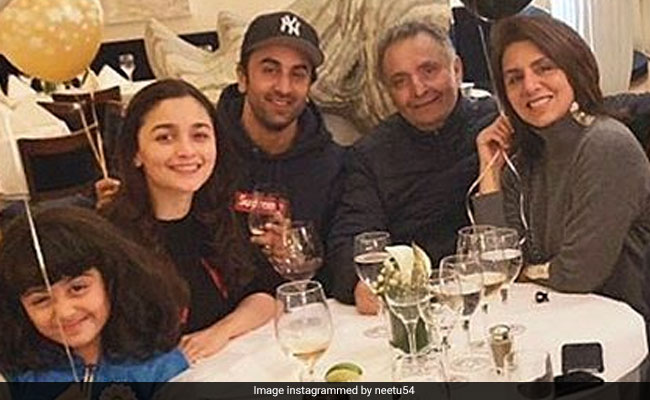 Last spotted on social media, Alia Bhatt and Ranbir Kapoor were holidaying in Switzerland amidst rumours that these two are looking forward to a wedding sometime soon. But "It is a totally baseless rumour," said the 26-year-old actress' mother Soni Razdan, reported news agency IANS. This is not the first time that Soni Razdan has dismissed rumours about Alia and Ranbir's reported wedding. Speculation about a reported wedding was fuelled after a source close to the Kapoor family told IANS that Rishi Kapoor is planning to return to India soon because of "Ranbir's wedding" around the same time as Alia Bhatt and Ranbir Kapoor's PDA at award shows featured in headlines.

In an interview with IANS earlier, Soni Razdan had a "word of caution" for Alia Bhatt, who started her career in Bollywood as young as 19: "I also would give her word of caution. She is too young to rush into any lifetime decision. While personally, I believe that when you find the right man to get married, you should get married without delaying too much. But that does not mean, you have to get married in hurry... You have to draw a fine line while taking a decision."

Alia Bhatt's father Mahesh Bhatt never shied away from acknowledging Alia and Ranbir's relationship and said in several interviews that their future plans are their prerogative and that he will always be supportive of whatever decision they go ahead with. Meanwhile, Alia and Ranbir's cute photos are also often shared by Ranbir's mother Neetu Kapoor. Alia even celebrated the New Year with Rishi and Neetu Kapoor in New York this year.

Alia Bhatt and Ranbir Kapoor's pictures from Switzerland made it to the Internet recently. They are also co-starring in Ayan Mukerji's Brahmastra, their first film together.

Finally.. Great.. Feeling so good to see them together in this pichaa. This is a picture with fans Wohooo... They are together.. Something must be happening. I wanna know... Seen holidaying together after a long time.. Love love love Picture Source: From Filmfare @filmfare #Ranli #ranbirkapoor #aliaabhatt @aliaabhatt @neetu54 @riddhimakapoorsahniofficial @ayan_mukerji @karanjohar