"I also would give Alia Bhatt word of caution. She is too young to rush into any lifetime decision," said Soni Razdan 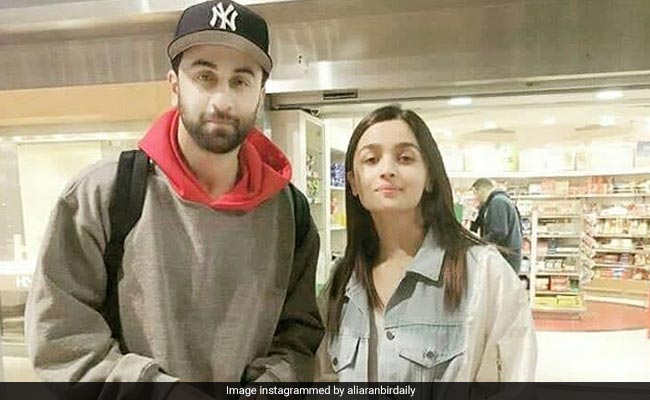 Alia Bhatt is clearly on a roll - she recently won big at the Filmfare Awards and has an impressive line-up of films ahead but more often than not, the actress finds herself trending for her newfound relationship with Ranbir Kapoor. There's massive interest about the couple's future plans amongst fans and hence the inevitable question about if a probable wedding is on the cards always crops up in interviews. This time, it was the 26-year-old actress' mother Soni Razdan to address the wedding rumours, who said she'd rather not talk about Alia's personal life but would indeed give her "a word of caution" when it comes to taking life decisions, reported IANS.

"Alia is very young. She started working at a very young age. I am very happy with whatever she has achieved so far and as a mother, I want to see her happy," said Soni Razdan and added: "At the same time, I also would give her word of caution. She is too young to rush into any lifetime decision. While personally, I believe that when you find the right man to get married, you should get married without delaying too much. But that does not mean, you have to get married in hurry... You have to draw a fine line while taking a decision." Soni Razdan was speaking at a promotional event of her new film No Fathers In Kashmir.

Having said that, Soni Razdan added she doesn't prefer discussing Alia's personal life: "Look, it is sweet of all their fans to ask about everything but I am Alia's mother. I really do not want to talk about my daughter's personal life. I want her to be happy. And she has my love and blessing on everything she does, beyond that I want her to live her life the way she wants."

Such a charming place @theoberoigrandkolkata ... thank you for making our stay so special !

At the recently held Filmfare Awards, Alia Bhatt's public declaration of love for Ranbir Kapoor trended for days. The couple made for some very loved-up moments when on the Filmfare stage - she collected her Best Actress Award for Raazi while he received the Best Actor Award for Sanju. Soni Razdan had picked out her favourite moment from the night and Instagrammed this:

Earlier, Soni Razdan told news agency PTI that she's really fond of her daughter's boyfriend Ranbir: "I have always admired him as an actor much before I knew him as a person. I have come to know him a little bit (more now personally). He is a well brought up and balanced man. He is a very sweet and caring man. I am quite impressed."

Alia Bhatt and Ranbir Kapoor will be seen together for the first time in Ayan Mukerji's Brahmastra.