Ranbir Kapoor 'Is Not Difficult. He's A Gem,' Per Rumoured Girlfriend Alia Bhatt 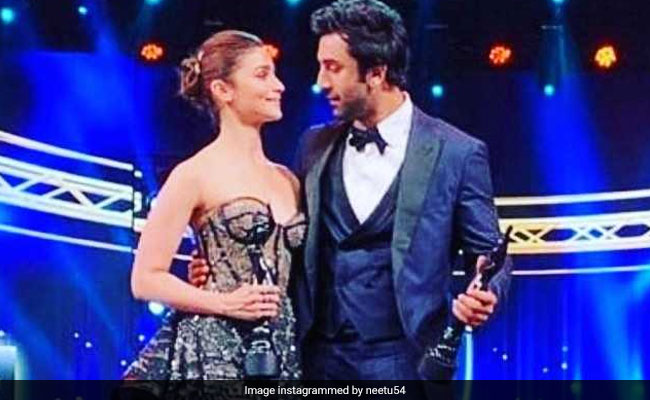 Alia Bhatt never shies away from expressing her admiration for her rumoured boyfriend Ranbir Kapoor, be it during interviews or award shows (remember the video in which she said "I love you" to Ranbir at the Filmfare Awards?). During a recent interview with Filmfare, Alia referred to her Brahmastra co-star as a "gem." When Alia was asked how she manages to handle someone as "difficult" as Ranbir, the actress told Filmfare: "He's not difficult. He's a gem." The Raazi actress who has never labelled her relationship with Ranbir, spoke about her equation with the actor and said: "It's not a relationship. It's a friendship. I'm saying this with all genuineness and honesty. It's beautiful. I'm walking on stars and clouds right now."

When Alia was asked if the Sanju actor's troubled past bothers her, she cheekily replied, "How does it matter? It's part of someone's life and who cares." She added, "Aur main thodi na kam hoon."

In the interview with Filmfare, Alia referred to Ranbir as her "brilliant friend" and said that the beauty of their bond is that it does not hamper their professional lives in any way. "The best part is that we're two individuals, who are living our own professional lives in its full form right now. He's shooting continuously. So am I. It's not a situation where you'll see us constantly together. That's the true mark of a comfortable relationship," said Alia Bhatt.

Rumours about Alia Bhatt and Ranbir Kapoor's romance started doing the rounds after the duo showed up together at Sonam Kapoor and Anand Ahuja's wedding reception in Mumbai last year. The Brahmastra co-stars are frequently spotted hanging out together. Alia even accompanied Ranbir to New York in December last year and celebrated New Year's with the actor's family, where his father Rishi Kapoor is being treated.

Alia Bhatt is currently busy with the promotional duties of Kalank. She was last seen in Zoya Akhtar's Gully Boy. Other than Brahmastra, Alia will also be seen in Karan Johar's Takht.