Alia Bhatt said: "I don't want to talk about this right now" 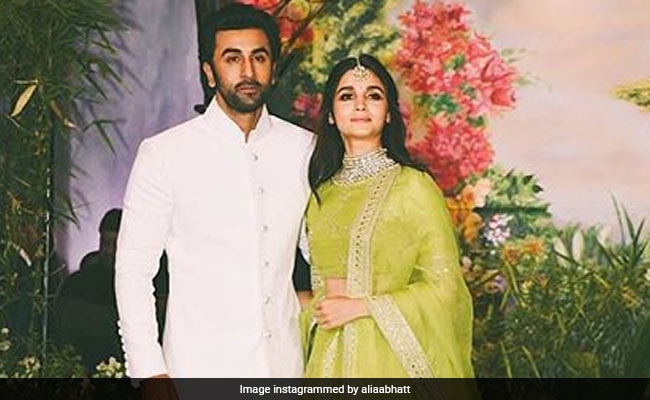 Days after Alia Bhatt's filmmaker father Mahesh Bhatt spilled the beans on her much speculated relationship status with Ranbir Kapoor, the 25-year-old actress said that she loves her father and anything he says "means the world to her", news agency IANS reported. Alia, who was interacting with the media on the sidelines of an award function in Mumbai, also said that she doesn't want to talk about her relationship status with her Brahmastra co-star at this juncture. "I am feeling shy but I love my father and anything he says obviously means the world to me, but I don't want to talk about this right now," Alia told the press, news agency IANS reported.

Speaking to The Telegraph earlier this month, Mahesh Bhatt said: "Well, of course they're in love. You don't need to be a genius to get that! I love Ranbir... he's a great guy." In the interview, the 70-year-old filmmaker also said that he will be supportive of whatever decision Alia and Ranbir go ahead with regarding their relationship. "What they do to their relationship is something they'll have to figure out. Whether it's heading towards that port called 'marriage' - which is an institution that needs to be questioned in the second decade of the 21st century - is something for them to figure out," Mahesh Bhatt added.

Alia Bhatt and Ranbir Kapoor, who are currently busy with the shooting of Ayan Mukerji's Brahmastra, are often spotted hanging out together in and about Mumbai. The paparazzi has also photographed Ranbir catching up with Mahesh Bhatt at the Bhatt residence. On the debut episode of Koffee With Karan 6, Karan Johar also appeared to confirm that Alia and Ranbir are dating. Alia dropped a major hint about dating Ranbir when she Instagrammed a photo of them together from Sonam Kapoor's wedding reception, which took place in May this year.