Alia Bhatt Is COVID-Negative And "Back To Work" After Isolating

"I've been reading all your messages of concern and care," wrote Alia Bhatt 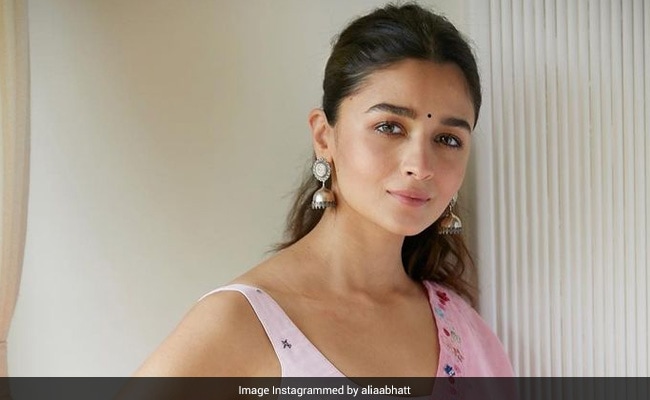 Just a few days after Alia Bhatt's boyfriend Ranbir Kapoor contracted the virus, the actress revealed that she tested negative for COVID-19 and that she was in self-isolation. On Thursday, the actress shared a statement on her Instagram story, in which she wrote: "I've been reading all your messages of concern and care. I have tested negative for COVID-19 and after isolating and speaking with my doctors, I am back to work from today. Thank you for all your good wishes. I am taking care and staying safe. You please do the same." The actress signed off her note by asking her fans to stay safe. She added the hashtags #DoGazzKiDoori and #MaskHaiZaroori to her post. 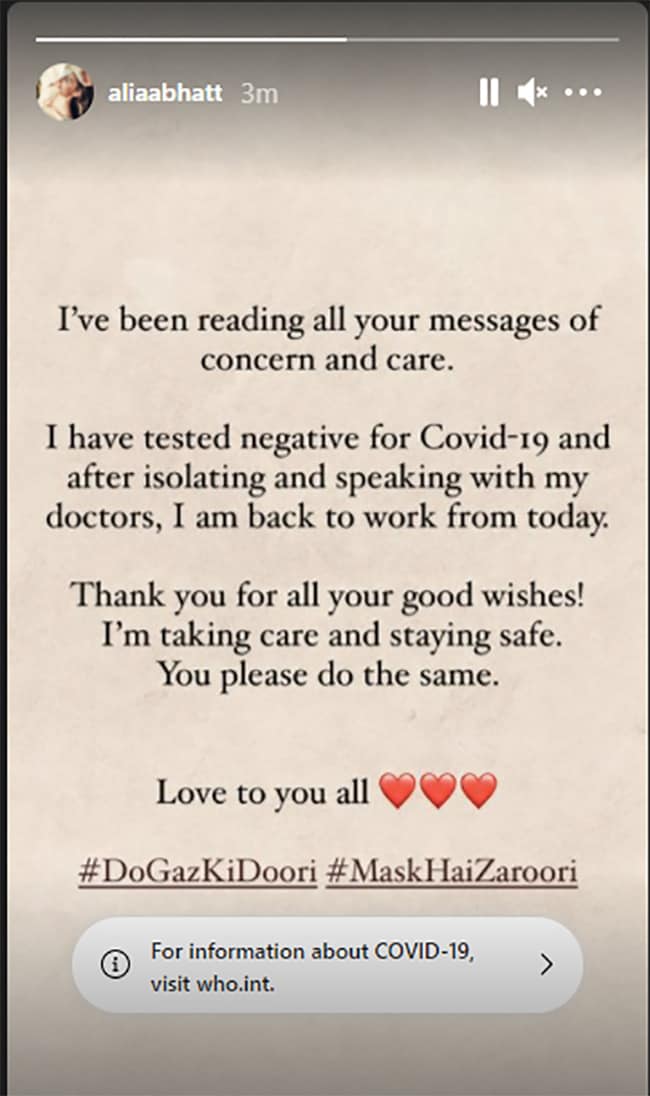 Earlier this week, Alia Bhatt's boyfriend and Brahmastra co-star Ranbir Kapoor tested positive for COVID-19. His mother Neetu Kapoor announced on Instagram. "Thank you for your concern and your good wishes. Ranbir has tested positive for Covid-19. He is on medication and recovering well. He is in self-quarantine at home and following all precautions," she wrote.

Alia Bhatt has a busy schedule this year, with several film releases lined up. Her upcoming projects include Ayan Mukerji's fantasy trilogy Brahmastra, co-starring boyfriend Ranbir Kapoor and Amitabh Bachchan, and SS Rajamouli's RRR with Ram Charan, Jr NTR and Ajay Devgn. She will also be seen in Gangubai Kathiawadi, which has been directed by Sanjay Leela Bhansali. It is her first project with the filmmaker.