On Ishaan Khatter's birthday, here's how the actor's friends and family wished him on social media 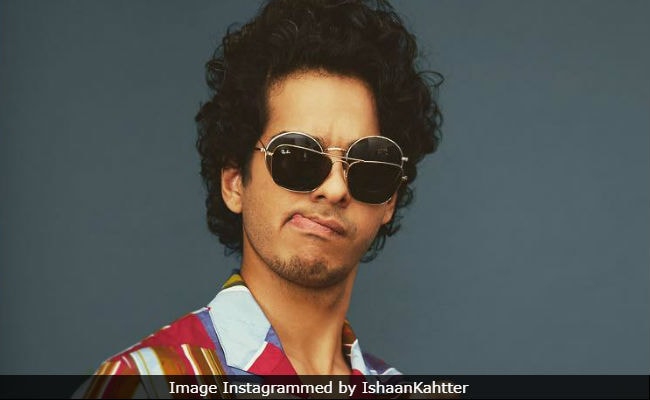 As Ishaan Khatter celebrates his 24th birthday, Bollywood celebrities have bombarded the social media with special wishes for the actor. From Alia Bhatt and Ananya Panday to Shahid Kapoor and Mira Rajput, and Ishaan's parents Neelima Azeem and Rajesh Khattar, everyone has posted heartfelt wishes for the Dhadak actor on social media. Alia Bhatt, who has not co-starred with Ishaan, posted a throwback picture from the sets of the 2016 film Udta Punjab. She wrote: "Happy Birthday Ishaan. Have a super day and do pass on some of that crazy energy as a return gift please, Big hug." 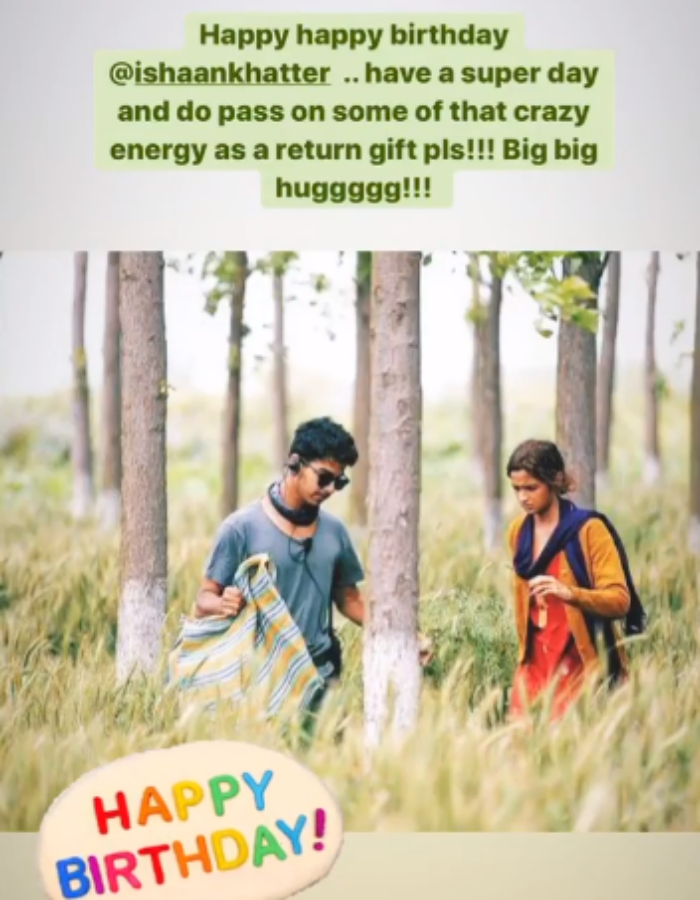 Meanwhile, Shahid Kapoor posted this for his little brother. 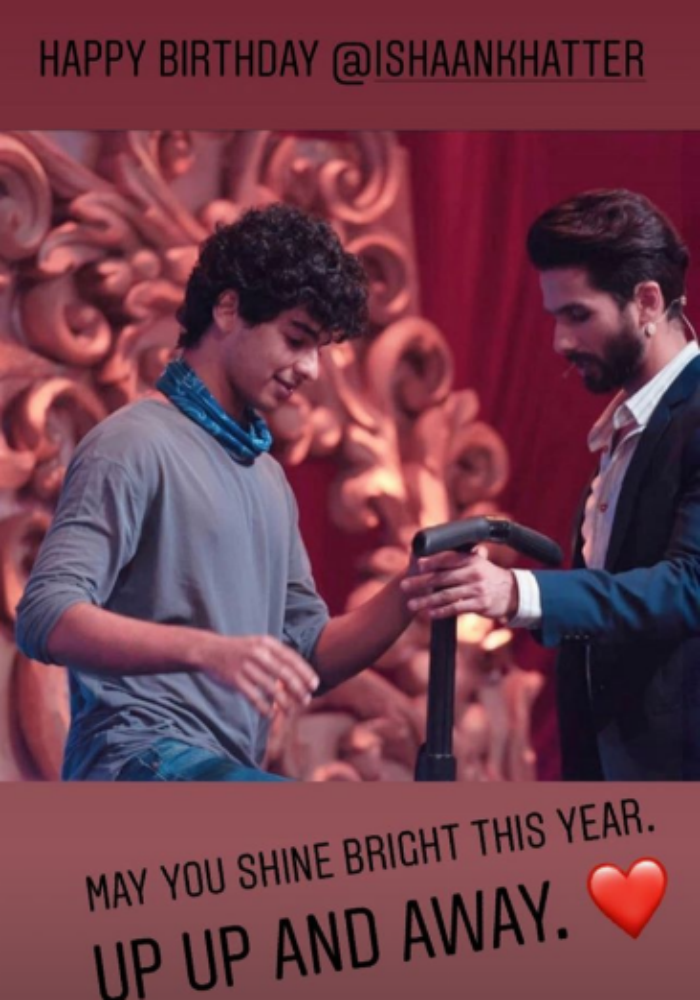 Shahid's wife Mira Rajput posted an adorable picture of the actor on her Instagram story and she captioned it: "Happy birthday not-so-little brother. Stay mad, stay crazy and keep clicking the best pictures of me." 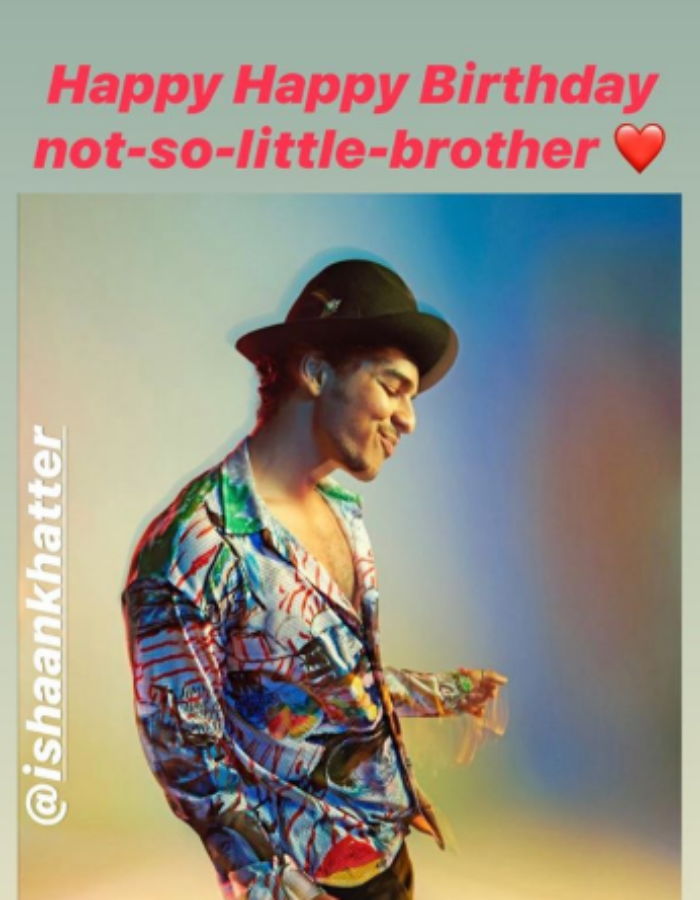 Anil Kapoor posted an adorable video with Ishaan on his Twitter profile and he wrote: "A very happy birthday to you Ishaan Khatter. Cheers to all our wonderful baap-beta moments."

A very happy birthday to you #IshaanKhatter Cheers to all our wonderful 'baap-beta' moments pic.twitter.com/ygWPOSN8pK

Ishaan's Khaali Peeli co-star Ananya Panday posted a goofy picture of the actor and she wrote: "Happy Birthday to the post annoying person I know." 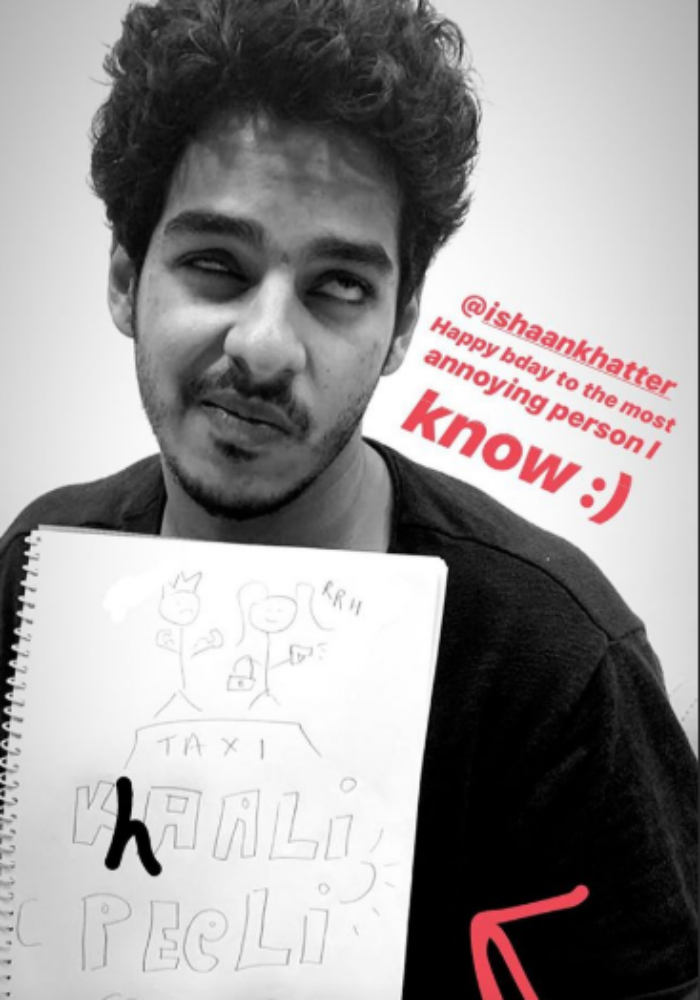 Ishaan Khatter's last release was Dhadak, co-starring Janhvi Kapoor. He made his acting debut with Majid Majidi's Beyond The Clouds. He will next be seen in Mira Nair's adaptation of the Vikram Seth classic novel A Suitable Boy. He will also be seen in Khaali Peeli, co-starring Ananya Panday.