Akshay Kumar shared birthday greeting for Rohit Shetty, who is the director of his film Sooryavanshi 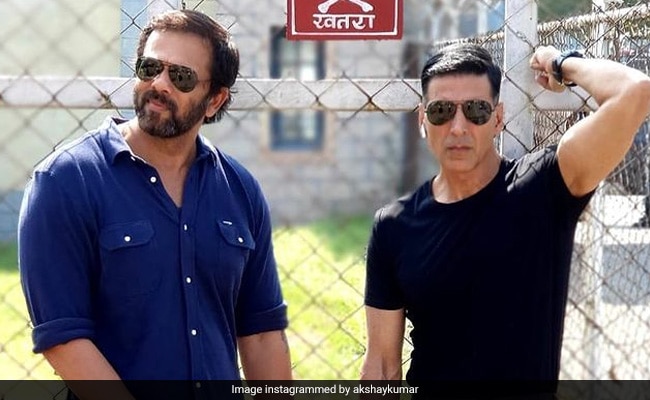 First, wishing you a very happy birthday, Rohit Shetty! The filmmaker has turned 48 today and actor Aksahy Kumar has a very special birthday wish for him. To extend his wishes, Akshay shared a picture of himself and the birthday boy on Instagram. In the caption of the post, Akshay shared the reason that made it "easy" for him to bond with Rohit. He shared that there is one common passion that they both share and that is - action. Akshay also went on to wish the director an "action-packed" birthday. "It was easiest to bond with Rohit Shetty because we shared one common passion which brought us together: Action! Happy birthday Rohit, wishing you an action-packed year ahead," he wrote in the caption of the post.

Rohit Shetty is known for the epic action-packed sequences in his movies. He is also known for dropping the most entertaining cop-dramas. The latest entry in his cop-universe is Sooryavanshi which stars Akshay Kumar in the titular role. The filmmaker and the actor had recently collaborated for the film.

While Akshay plays the central role of a cop in the film, Katrina Kaif plays the role of his love interest in Sooryavanshi. The much-awaited action flick was slated to release last year but was postponed due to the coronavirus induced lockdown and shuttering of movie theatres. The film will now release on April 30, this year.

Besides Sooryavanshi Rohit Shetty has been busy with the filming of his next Cirkus. The film stars Ranveer Singh, Jacqueline Fernandez, and Pooja Hegde. This marks Ranveer Singh's second film with Rohit Shetty after Simmba. Earlier last month, Ranveer had shared about how Rohit Shetty always takes his job seriously.