"Baba just to see this I think I need to make another entry into the Cirkus," wrote Arjun Kapoor 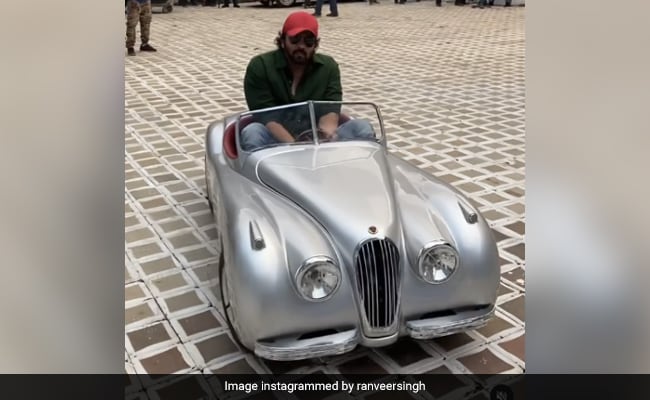 Rohit Shetty in a still from the video. (courtesy ranveersingh)

There's never a dull day on the sets of Cirkus and Ranveer Singh's latest Instagram post proves that. The actor, on Friday, shared a BTS video, in which the film's director Rohit Shetty can be seen riding a clown car of sorts. Sharing the ROFL video, Raveer Singh tagged the director Rohit Shetty and wrote: "Takes his job very seriously." Ranveer's post was filled up with comments. His Gunday co-star Arjun Kapoor wrote: "Baba just to see this I think I need to make another entry into the Cirkus." Pooja Hegde, Ranveer's co-star in Cirkus, wrote: "Bwahahahahahaha... Damnnnn, I'm missing all this."

A few days ago, Ranveer and the other cast members celebrated actor Varun Sharma's birthday on the sets of the film along with Jacqueline Fernandez and Pooja Hegde and the film's director Rohit Shetty. Varun Dhawan was the special guest at the get-together. "Happy birthday to sabka pyaara, laadla dulara Varun Sharma! Good times on the Cirkus set with the crazy bunch Jacqueline, Pooja Hegde. Biggest thanks to bossman Rohit Shetty for treating us to an epic cake party with special guest dulhe rajaVarun Dhawan," wrote Ranveer Singh.

Cirkus is Ranveer Singh's third collaborative project with Rohit Shetty. The duo first worked together in the 2018 film Simmba. They also collaborated for Sooryavanshi, in which Ranveer has an extended cameo. Cirkus will be filmed across Mumbai, Goa and Ooty. The film will be co-produced Rohit Shetty, Bhushan Kumar and Reliance Entertainment.